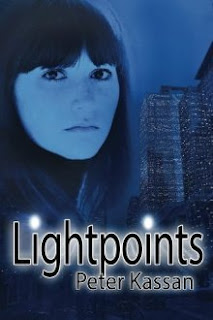 What if you suddenly discovered you had a sense-and powers-that almost no one else in the world did? When Amanda Lindner Nichols, a 24-year-old graphic artist living with her husband in Queens, New York, is revived from a near-death experience, she discovers she perceives everyone around her as points of light-but not with her eyes. She soon learns she can not only perceive the life energy of others, but she can give and take it. With the help of others like her, she brings her husband Chris to the brink of death and back to bestow on him the same remarkable faculty, and they're the happiest they've been. But not for long. All over the world, people who've been revived from their own near-death experience at just the right moment discover themselves with these same unusual powers. They find ways to use them-some for good and some for evil. When Amanda and Chris encounter a ruthless group of gangsters with the same faculty, tragedy follows-and Amanda faces the greatest challenge of her life.
Okay, so I'm on the fence about this one. On one hand I like the concept. On the other hand, it was boring and drawn out at times. And I had a few more problems with the characters.
Like I said, the concept was great. It's not something you read everyday. I just wish it was executed better. It jumped around from to a few different characters. Only three that were important. The others had a chapter then they disappeared. It was like they were there to show you what they could do but not to interfere with the actual story. I wish they would've intertwined better.
The characters wee okay. I didn't really like any of them. Amanda was fine but I didn't really care about her. I didn't like Chris. He seemed to force Amanda to make him like her. And I didn't fell the love between the two, either. Herrera didn't seem as bad as he was supposed to be. He wasn't nice but not as bad as he could've been. Most characters just seemed flat.