From the outside, Hilary Taylor has it all—beauty, money, a caring family, good friends—but inside she’s struggling, full of fears. Events from the past forever changed her, and though years of therapy have helped, she still has a long way to go…. No matter how much progress she’s made, Hil isn’t sure she’ll ever be able to trust men again. Especially one who sees her as nothing more than a pretty face. But Hil knows it’s time to face her fears, and the best way to do that is to start small.
To Guilherme Fernandes life is about three things: polo, parties and pretty girls—only one of which he takes seriously. Gui is too focused on his polo career to waste time on relationships, however he can’t help but be intrigued by the beautiful yet troubled Hil. So when she decides she’d like to learn more about horses, Gui is happy to find himself in the right place at the right time. But what was supposed to be a one time thing, soon turns into a weekly date.
As Gui helps her discover a new found love for horses, Hil’s guard begins to crumble. The more support Gui offers, the more she wants to accept…and the more the lines of friendship blur. Despite knowing better, Hil can’t help it as Gui slowly breaks through the walls she’s built. Now she has to decide if she’ll stop him there, or if she’ll finally let her fear go and allow Gui to reach for her heart.
Companion novel of Breaking Free and Breaking Away. Can be read as a standalone. Genre: NA contemporary romance. Warning: strong language, sex scene, mentions of rape and domestic violence. Grab book 1 – Breaking Free – FREE for a limited time only!
— Author Bio:
While Juliana Haygert dreams of being Wonder Woman, Buffy, or a blood elf shadow priest, she settles for the less exciting—but equally gratifying—life of a wife, mother, and author. Thousands of miles away from her former home in Brazil, she now resides in North Carolina and spends her days writing about kick-ass heroines and the heroes who drive them crazy. 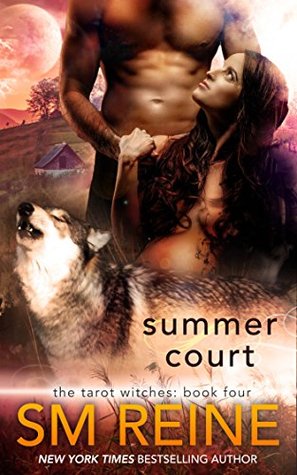 The fourth and final book in the NYT Bestselling paranormal romance series. Readers 18+ only. ~~~ Half a year ago, Samita Madin shared one steamy night with a friend - what she thought would be just a fling with that firefighter her mom didn't like. But she couldn't stop thinking about Slater Reinhard in the weeks that followed. Especially once she realized she'd gotten pregnant from their tryst. Samita had every intent of staying in Toronto, keeping the baby a secret from Slater. But then demons attacked North America in a massive catastrophe known as the Breaking, which let Hell pour onto Earth. Separated from her family, and injured in a collapsing building, she has no choice but to let Slater protect her - and their unborn baby - from the preternatural onslaught.But now Slater's one of the preternaturals. He's been bitten by a werewolf since the last time they saw each other. He's changing from a hero firefighter into a monster with urges that he can't control. A lot of those urges have to do with Samita. He only needs one glance from Samita to vow he'll get her and their baby through the end of the world. And Slater has every intent of claiming Samita as his mate.

I really wish I started this series from the beginning then I think I would have connected to it a lot easier. Yes, within each book of this series you follow a different set of couples so you don't really need to start from the beginning (as the only other book I read of this series was the second one) but I think you should just so you feel like you didn't miss anything and you can connect to the story better.

The story was easy to follow and I would get hooked but it was also easy for me to put it down and go do other things. I also wasn't dying to pick the book back up either even though I was enjoying the story. I really did like the story, even though some times I felt it moved a little too fast. Mrs. Reine is great at making you sit on the edge of your seat in anticipation and she sure knows how to write a scene that'll make you have to fan yourself ;).

Overall I think if I was able to connect to the story better then I would have loved it. I did love realizing that some of the characters are from other books from Mrs. Reine, like Rage and Violet from The Mage Craft Series. You get to see who they were before they became the King and Queen of the summer court even though they're not the main characters of this book. I love seeing how Mrs. Reine weaves all these stories in the world she's created, I'm truly amazed by it and excited to see how many stories she'll create in this world! There's so much she can do that she hasn't done already!

Posted by Ashley at 9:17 AM No comments: