Mini Book Review: Gypsy of the Sea by Cecelia Lefgren 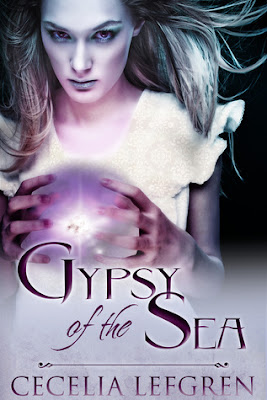 Abigail would rather spend the night out with the man-eating spectres than face her father’s wrath. One night, a terrible storm forces a pirate crew to land, and the mysterious female captain chooses their inn as her place to stay. Abigail is enthralled by the sea-gypsy’s stories, her bearing and, most of all, the unusual stone she wears around her neck. In this swift adventure filled with spectres, nymphs and necromancers, Abigail soon discovers whether the ghosts or her father is scarier.


This is so vividly written that it was easy to get sucked into the story! I could totally see this story expanded and turned into an awesome novel as I really wished there was more to the story as I couldn't get enough of it! But even so, this short was written well and I was so not expecting that twist of turns!

If you love pirate tales with ghost, magic, and loads of action then this short is definitely for you!