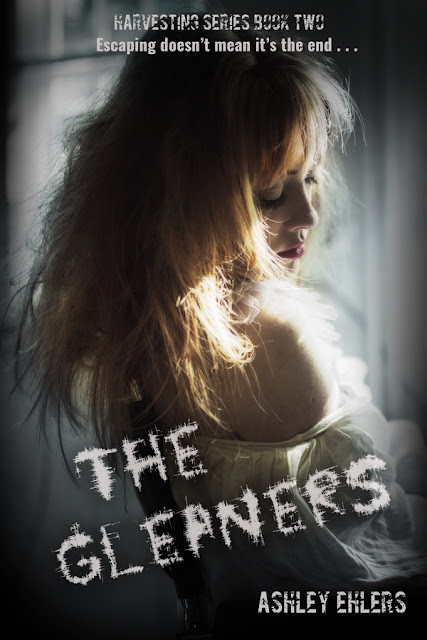 Escaping doesn’t mean it’s the end….
It’s been three weeks since Jason left Ashley at the gas station after their narrow escape from a family of human harvesters- his family’s competitors. Finding out that he used her only as bait, leads Ashley to go insane. He never truly loved her, or at least that’s what she believes, and now Ashley has to learn to move on. It’s the only way to be able to leave the mental institution and get back to her normal life.
But things can never truly go back to normal. For fear that Jason’s infamous father might come after Ashley to finish things she gets sucked into the witness protection program. With a new name Ashley no longer exists to the world but it’s hard for her to just let go of who she was. Logging into her Facebook account has to be the second worst thing she’s ever done in her life but she didn’t think anyone would notice. Now during her first outing as a new woman, a stalker is leaving her threatening messages. Could it be someone from her past?
After leaving her, Jason is trying to not let his feelings for Ashley get the best of him. However being with her has changed him and he doesn’t know if he can continue being a part of the family business. Frustrated, he blows off steam with a random girl at a bar then hours later she ends up missing. Apparently his most recent hook ups have gone missing. Is someone close to him killing them off out of jealousy? This leads him to find out that his father might have a few dirty secrets that are more grotesque then the fact that he’s a human harvester.
All the while, Virginia is devastated but being locked up in a mental institution is better than being in jail after her mother framed her for the deaths of her stepfather and stepsister. Even though to make sure she doesn’t go crazy she has to constantly write down what truly happened that day up at her family’s cabin. And after her mother’s unexpected visit she might have found an ally in someone that was an enemy. However, once they escape the mental institution she’s thinking it would have been better and less bloody if they stayed there after all.

Newly married Ashley Ehlers now resides in San Diego with her husband who is currently stationed there. There in their cozy two bedroom apartment she finds the peace she’s been looking for. As they settle into the new chapters of their lives Ashley’s Muses are growing stronger than ever as inspiration is around every corner in her latest adventure.