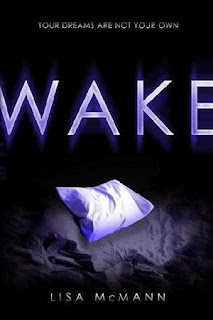 
For seventeen-year-old Janie, getting sucked into other people's dreams is getting old. Especially the falling dreams, the naked-but-nobody-notices dreams, and the sex-crazed dreams. Janie's seen enough fantasy booty to last her a lifetime.
She can't tell anybody about what she does they'd never believe her, or worse, they'd think she's a freak. So Janie lives on the fringe, cursed with an ability she doesn't want and can’t control.
Then she falls into a gruesome nightmare, one that chills her to the bone. For the first time, Janie is more than a witness to someone else's twisted psyche. She is a participant.
I will make this clear. You are either going to like this book or you're not. I am one that didn't. The concept and the blurb on the back made me want to read it. But those are two of the best things about this book.
The plot is weak. It took me awhile to even figure out what it was. A lot of useless detail was there. And the ending was forced. The romance felt the same way most of the time. And the writing was choppy and it really hurt the flow.
And the characters weren't developed. Janie and Cabel just feel like messes for most of the book. The only character I kind of liked was Janie's friend, Carrie. But even she was not amazing. Janie's mother was a drunk and the only adult that even seemed to care about any of the teenagers was the captain.
Okay, so I'm not a fan of the book. And I could probably rant about it for awhile. But it was a quick read. Which was a saving grace as I doubt I would've finished it otherwise. I think in a different person's hands this book could've been a lot better. But as it is, I just can't even recommend it.