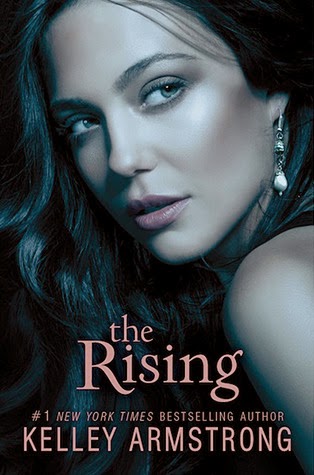 Things are getting desperate for Maya and her friends. Hunted by the powerful St. Clouds and now a rival Cabal as well, they're quickly running out of places to hide. And with the whole world thinking they died in a helicopter crash, it's not like they can just go to the authorities for help.

All they have is the name and number of someone who might be able to give them a few answers. Answers to why they're so valuable, and why their supernatural powers are getting more and more out of control.

But Maya is unprepared for the truths that await her. And now, like it or not, she'll have to face down some demons from her past if she ever hopes to move on with her life. Because Maya can't keep running forever.

The problem with this book is the same problem I have with the series as a whole: it tries to be the first series, Darkest Powers. It never really found it's own voice. If you told me this book was #6 of the Darkest Powers, I would believe you.

The characters never really stood out and never really developed. Maya from book  3 was Maya from book 1 just with more control over her powers. The same can be said for Daniel and the others. Ash was a nice addition at first. But than he just kind of blended in with the others. The adults were adults. And the villains didn't feel very villainous. Though it was nice seeing Chloe and the gang, they really were just how we left them.

I wasn't a huge fan of the plot. Most of it felt like the author didn't have enough plot for a whole book that she filled the book with a lot of useless details. Truthfully, it didn't feel like the author really knew where she wanted the book to go. Where she wanted the series to end. Yes, she did leave hints throughout the book, the ending just felt out of place. I also believe the last chapter wasn't really need. It just like things that didn't need to be said. You don't have to wrap everything up to end a series.

And, honestly, I would have preferred if we didn't meet up with Chloe and the gang. I liked them, but they felt out of place. And they just reminded me of how much I enjoyed the first series. How much more I enjoyed that series. Like I said before, this series tries to be Darkest Powers, but it isn't. The first series felt refreshing and something different. It was just more charming. Maybe it is unfair to compare the two, but when you are a sequel you are going to get compared to the first.

Overall, I like the book and the series. I am glad I read it, but do wish it had a little more of it's own voice.