Books for Nothing (64) The Whisper of Stars & Planet Urth 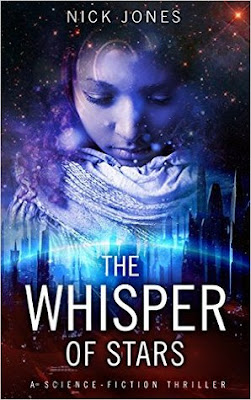 The year is 2091. With accelerated warming and global population out of control, the survival of humanity hangs in the balance. On the brink of extinction, science delivers one last hope. Human hibernation.
Jennifer Logan is a tough cop in the newly formed Duality Division, tasked with enforcing hibernation. When she uncovers a memory, hidden deep within her mind, her belief in the system she protects is shattered. Together with an unlikely partner, and convinced that her past holds the secret to mankind’s future, she embarks on a dangerous search for the truth, one that rapidly turns into a struggle for her life. Pursued by the very people she once trusted, Logan must risk everything for answers to the mystery that unfolds. As her world unravels and the layers of deceit are revealed, she is forced to question everything and use all of her skills to survive. In The Whisper of Stars, author Nick Jones delivers a breathtaking, sinister vision of the future, where nothing is what it seems. He shows us that some secrets cannot stay buried, no matter how deep.
The Whisper of Stars is the first book in the Hibernation Saga. A fast-paced, futuristic thriller starring a tough, female protagonist. It features conspiracy theories, romance and intrigue and is set in a dystopian world, making it an ideal read for any fans of the sci-fi genre and also suitable for a young adult audience. 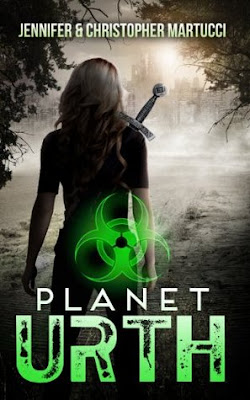 More than two hundred years into the future, human beings are an endangered species. The planet has been battered by war, its inhabitants plagued by disease and death. Few humans survived and remained unaffected. Most changed dramatically and evolved into something else entirely. Irrevocable alterations caused by chemical warfare have created a new species. North America is in ruins and has been overtaken. Humanity has fallen at the hands of mutants known as Urthmen.
Seventeen year-old Avery is alive and unchanged. But she has not been immune to the harshness of the new world. She has lived on the run for much of her life, in terror.
After losing her father, Avery is the sole guardian of her eight-year-old sister, June. Avery is now charged with June’s safety as well as her own, a nearly impossible task.
Forced to hide deep in the forest and away from the cities overrun by Urthmen, Avery and her sister are constantly hunted. Danger awaits them at every turn. They fear they are the only human beings left, that they are the last of their kind.
But are they truly alone?
Find out in this raw and rousing first installment of the Planet Urth series.