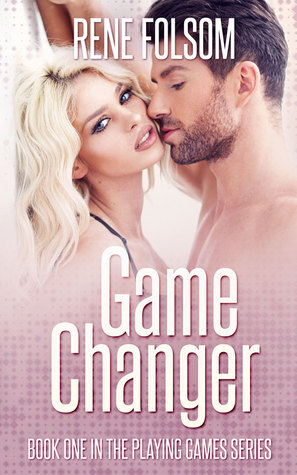 Maci strives for one thing in life—anonymity. With her writing career in full bloom, all she wants is to work in peace while concealing her true identity from the public. Though readers love the science fiction worlds she creates, Maci knows that gender stereotypes could damage her career if she is exposed as a woman.


Liam is the envy of all gamers as the lead developer for nZone Studios. Over time, he builds walls around himself, keeping people at arm’s length who only gravitate to him for his material possessions rather than who he is as a person.


With thick barriers around their hearts and their past looming in the shadows, Liam and Maci challenge each other by slowly peeling away their protective layers and seeing each other for who they really are. It doesn’t take long after their chance meeting at a coffee shop for them to become one another’s game changer.Note: If a strong, quirky heroine makes you roll your eyes, If you hate sexy heroes who would rather lose a game than the woman of their dreams, if fast-moving relationships and hot sex aren’t your thing, if you can’t stand when humor is used to cover up life’s awkward moments, if cliffhangers anger you beyond comprehension… this series is not your cup of tea. This contemporary romance novel is the first book in the Playing Games series and contains adult situations meant for ages 18+. 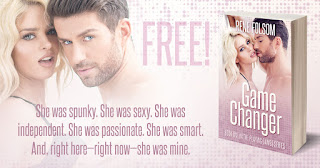 The hotel the event would be held at was only two blocks away, so I was surprised when Liam wanted to drive rather than walk. Shrugging and not questioning his motives, I clambered into the car and settled back, sighing with the way the seat seemed to hug me. I appeared to be falling in love with this damn car.
Just when I thought Liam would start the engine, he let the keys dangle in the ignition and leaned over to me instead. My breath hitched as he reached across my body and grabbed the seatbelt, buckling it in place with a loud click.
Never backing away and hovering his face precariously close to mine, he said, “Safety first, beautiful Maci.”
“For two blocks?” I scoffed, trying to deny my inner delight at his closeness.
“For two blocks,” he affirmed just as his eyes began roaming over my body, landing on the slit that parted all the way up my left leg to mid-thigh. Extending his hand out, he traced a finger along my leg, right between the parted fabric.
“Non-date, Sir Liam,” I chided, reminding him of our agreement. Even though I turned him down verbally, I didn’t bother flinching or pushing him away. I honestly enjoyed his touch, like he was caressing a fragile item with adoration. But I needed to keep my wits about me if I planned to make it through the night with dry panties.
His fingers lingered on my skin just a bit longer, sending a chill through me at the thought of him lifting my dress and moving even higher.
“Liam,” I whispered, breathless and desperate for him to either increase his hold on my self-control or stop punishing me with such delicious torment.
“Right. Non-date,” he agreed as he retracted his hand. “I just can’t seem to act normal around you, Maci.”
Well, that statement seemed to send a whole new thrill through me, because it meant he wasn’t used to moving in on a girl so quickly and vigorously. I didn’t care much for players, so his masked confession had a grin spreading on my face before I realized it was happening.
“What’s so funny?” he asked, peeking over at me while pulling into traffic and making an immediate left.
“You. You said you can’t act normal around me, but I think normal is utterly boring.” His dimples made their appearance at my words, and I delighted in the fact that I could make him smile.
God, I’d barely wanted to come on this stupid non-date tonight, yet now I realized I was having a great time with him. I would be the first to admit I was wrong. Well, at least to myself. No need to admit it out loud and ruin our fun banter.

"The story flowed and I liked Maci's sassy self. I also really enjoyed the characters nerdy shirts, who doesn't love a funny graphic tee. This was a light read with some drama. Had me sitting on the edge of my seat, waiting for them to finally tell each other they remember so when they did it was absolutely sweet!" - Ashley from Paranormal Sisters

"Rene has done it again! This book is an amazing read. I couldn't put it down. This book has a little bit of everything in it, mystery, surprising twists, and it wouldn't be a book by Rene without some steamy scenes!" —Tonya Allen

"This for me was highly anticipated, and Rene didn't disappoint! As if she ever could...This woman, I swear, cannot put a foot wrong. She writes amazing books that cannot be put down and Game Changer is no different! I was hooked from page one to the very end and I cannot wait to see where this series is going to end up. I cannot recommend this book and this author enough! Try them out. I guarantee you wont me disappointed." —Claire Thake, Bookie Ramblings of a Neurotic Mom

"WOW! Another reason why I love her and her books. Great characters with awesome personalities. Very enjoyable read. Looking forward to the rest of the series." —Monkeycow

"I absolutely loved this book. It was perfectly written and had me hooked from the start. I can't wait to read more stories by this author. She certainly has a gift for knowing how to make her readers Happy and satisfied." —Gloria Minor

"Rene Folsom really has an easy writing style that gets you wrapped up in the characters' lives that you feel like you're in the story. I seriously cannot wait until the next book comes out!" —Andrea Rossi 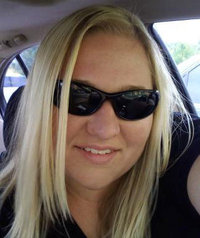 As an award-winning web and graphic designer, Rene Folsom has always grasped the ability to transform information into art. After many years in the design industry, capturing the attention of the reader with great graphics was no longer her only goal. While her artistic side will always be her source of inspiration, Rene has found that branching out into the literary world with her heartfelt, romantic, and rather steamy stories by combining her love of art and reading, was just the next step in her journey.

Being a mother of three and wife of one, Rene has had to juggle career, kids, family, grocery shopping, and stain removal. Years of experience has provided her plenty of creative material to work with. Using both words and design, taking these very different experiences and bringing them all to paper has proven to be quite enjoyable for both writer and reader alike.

Obtaining her degree from Santa Fe State College in Gainesville, Florida, Rene studied everything from fine arts to sculpture and vocals, but found her true artistic inspiration when she took off to Italy after graduation.

Still residing on the beaches of sunny Central Florida, Rene Folsom now adds the title of “author” to her belt, providing contemporary and paranormal romance stories to her readers. If you like stories that ratchet up your heart rate and make you lose your breath, then basque in the glow of your eReader and let one of Rene’s books take your heart, body, and soul on a journey.

1.     What was the first thing that inspired the idea for Game Changer?

It's come to my attention that too many authors fall back on the safe character build because they have been told time and time again that a dominant, alpha-male is what women want.  So, I took a step back and thought about the things I like in a man.  While my husband may be a sports-loving beast of muscle, I decided to put aside his appearance and think of his other qualities.  In steps Liam.  Instead of sports, Liam loves games, and I know for a fact there are a lot of female gamers out there who would love to get their hands on a Liam.  ;)

2.     From the dedication I’m guessing you’re not a gamer. Were you at all nervous to write about one?

Actually, no.  I wasn’t necessarily nervous to write about gamers.  However, I was very cautious about keeping my facts straight when it came to a gamer’s life as well as how they would converse, which is why I asked for help from a friend, who just so happened to be invaluable to me while writing this series.

3.     You’ve got a lot of fun graphic t-shirts going on in this story. Did you make them up or did you find them online?

They are fun, huh?  Some I found online, and some my gamer buddy came up with for me based on his own wardrobe.

4.     Which graphic t-shirt was your favorite?

Ooh, that’s a hard one!  But I think it would have to be one Maci wore that said “Boys are stupid, throw rocks at them.”  Here’s a little snippet…

“Nice shirt,” he said, managing to spit out the words between chuckles. His laughter died down a bit, but he still had a hard time keeping a straight face, those beautiful dimples peeking through the scruff on his face.


Looking down, I reminded myself of the shirt I chose today, and laughter bubbled up in my throat as I realized the perfection of it.


Boys are stupid, throw rocks at them was written in kid-like letters across my chest, a stick figure of a boy getting pummeled with rocks finishing off the masterpiece.

“Wore it just for you,” I said, lying through my teeth. I honestly didn’t mean to wear it, just tossing a random shirt on as I left in a hurry this morning. But it was a bit too flawless to not take the blame.