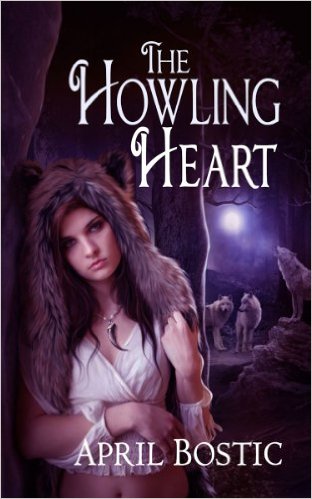 
Paige Donovan is an ambitious college graduate who aspires to reach the top of the corporate ladder. She’s climbing fast when given the promotion of a lifetime at a prestigious fashion magazine in New York City. Her bright future comes to an unexpected halt after news of her father’s death. She inherits his old cabin in the Colorado Rockies, and just when she thinks her luck couldn’t get any worse, she has a car accident in the mountains and awakens in the small, remote community of Black River.

Soon, she’s engulfed in the mystical world of Varulv---wolves descended from 13th century Scandinavia and blessed by Norse gods with the ability to appear human. Paige is desperate to return home, but never expects to fall for her rescuer, Riley Gray, a charming young werewolf from England who offers her an alternate future with his pack. Now, she must choose between the career she’s always wanted and the love she’s always dreamed.

To love a werewolf, you must love the wolf.

Werewolves take center stage in my aptly titled paranormal romance novel The Howling Heart. I think my werewolves are unique, because they’re descended from a 13th century Scandinavian wolf that was blessed with the ability to shapeshift into a human by Máni, the Norse god of the moon, and Freya, the Norse goddess of love. They conjured this miracle by laying their divine hands on his wolf body, and placing a special light inside him. His descendants later adopted the species name Varulv, which means “werewolf” in Swedish and Danish. They also refer to “The Light Within” as the source of their supernatural power. Varulv are actually wolves in human guise that have learned to behave as humans to survive in our world. They are born as wolf pups and have to sleep in wolf form, because it takes a conscious mind and energy to retain human form.

Riley is one of the main characters and the hero in the novel. He’s a 24-year-old, English-born werewolf living in the small secluded town of Black River nestled in the Colorado Rockies. The town is inhabited exclusively by a wolf pack led by Aidan, the alpha male who happens to be Riley’s father. Riley falls in love with Paige, a 23-year-old woman from New York City, when they first meet as children. The only thing he’s ever wanted is to make her his mate despite his father’s objection. One of his other challenges is helping Paige understand that he’s a wolf first and a human second. She needs to accept this if their relationship is going to work.

"What you're looking at is just a physical representation of what I'd look like if I was human. It's a tangible illusion…it’s not what I really am. I can appear, act, and speak like a human, but I’m not one. I was born a wolf pup, not a baby. I had to learn how to take my human form and control my shifting." -- Riley

Because of Varulv’s complex nature, there’s a chance Riley could never be human again. My werewolves can lose their light if their wolf bodies are injured severely. If that ever happens to Riley, how would that affect his relationship with Paige? Would she still love him? Would she still make love to him? Those are pivotal questions, and I felt it was necessary for the characters to have the discussion in the book. On several occasions, Paige needed to be reminded that Riley was a wolf, and his pack lived differently than what she’s accustomed to. She couldn’t delude herself into thinking she was committing to a human.

Riley fell asleep first, and I felt his soft fur on my face. His body temperature was warmer. His front paws wrapped around me, and I realized this was the most intimate I'd been with his animal form. He would never sleep with me as a human, and I had to accept it if I was going to be with him.

In the book, I wanted Paige to consider the possibility of Riley losing his light, and realize the depth of her love for him. I hope readers are intrigued by The Howling Heart, and will approach it with an open mind like Paige. It’s a different “breed” of werewolf romance.

April Bostic is a New Jersey-based, adult romance author who enjoys unleashing her creativity and letting her imagination run wild. In December 2008, she self-published her first novel, " A Rose to the Fallen", a contemporary romance with a supernatural twist. Throughout the years 2012 and 2013, she wrote several romantic short stories entitled "Right Here, Right Now", "Eros, My Love", and "Love Addiction". She released her second novel, "The Howling Heart" in August 2013, a paranormal romance that delves into the mystical world of werewolves and Norse gods. To end her busiest year in publishing, April also released her fourth short story in December 2013, a historical paranormal romance entitled "A Dark Scandal".