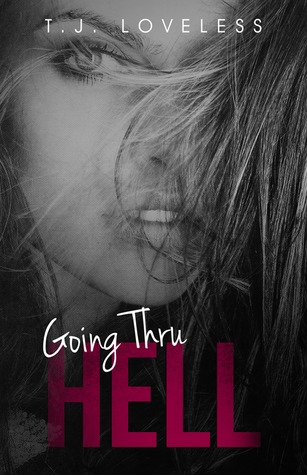 Kylie sees actions and consequences as bright, shining timelines in her head. Born with the power to gather the strings and braid them into a new chain of events, she is the weapon of choice for many pantheons in their never ending wars. But using the ability requires fuel, and for a mortal, it means a piece of her soul.

One Mesopotamian goddess, the only forsaken Valkyrie, and a rogue, immortal, Berserker ally with Kylie. Constant harassment forces the group to take drastic action, and go on the offensive. She must braid time to save friends, and herself, as the gods drive them into situations in which she must choose: braid time, save her friends, and lose pieces of her mortal soul, or become slave to the pantheon of her choice.

Deception by an old friend sends Kylie fleeing to her parents’ home, where she hid her son, Riot. She’s too late, the gods found Riot and hold him hostage. Searching for him, Kylie experiences the most devastating betrayal of all.

Kylie faces her worst nightmare: kill a friend and permanently hide Riot, leaving him motherless, or become a slave in exchange for his safety, leaving her soulless and insane.

If only the gods allowed for personal choice.
Purchase Links:
Amazon / B&N / Smashwords
~Excerpt~
The headache started, pounding to the rhythm of my heartbeat. I silently begged to faint, but the power demands payment. There is no credit card or forgiveness for changing the strings of time. It doesn't care I only braided a mere twenty minutes. The ledger must always remain in the black.

Bloody hell. I glanced around, hoping someone else pulled up and captured the guy's attention. No such luck. The truck and Ferrari remained the only two cars at the pumps. I cursed silently while ignoring him. The earthy smell surrounded me, filled with green things, sun and a summer's breeze.

“Do you ignore everyone?”

I jumped. I turned to find a tall, muscular, handsome male. Long brown hair streaked with various shades of silver, and a well-trimmed gray beard carted streaks of brunette, giving the impression of a mature man. He wore a black, faded AC/DC t-shirt, shabby blue jeans and black boots. His ice blue eyes caught my attention and held it.

The last one disappeared, leaving Aki to stand in the middle, turning slowly, the image of a grizzly bear superimposed over his form. He fell forward, hands out to catch himself. Blood splashed upwards in a graceful and grotesque arc, covering his upper body and face. He sat on his feet, sword laid carefully over his thighs, chin resting on the massive chest.

“Do not mock me,” his voice low and tight.

“Mocking you? Me? Nooo. I genuinely disdain you and all you stand for.” The threads vibrated, the need to braid becoming almost impossible to resist. The secondary ability rushed to the surface of my skin.

Come on, you big bastard, touch me, I thought.

“Do not doubt that I will hurt you for such disrespect!” Spittle landed on my cheek.

“Can't disrespect what I never respected in the first place. Thought you guys were supposed to have a superior intellect.” My palms began to melt the plastic ties.

Come on, come on, before I lose control.

His hand wrapped around my throat and squeezed. My wrists popped apart and I grabbed his forearm, the power sliding over him as the heat from my palms burned his skin. He jerked, but it was too late.
~About The Author~ 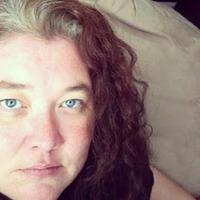 T.J. Loveless has been reading and writing stories since the fourth grade. She writes predominantly in the Spec Fic genres. A former copy/content editor at a small pub house, she now freelances at Cliffhanger Editing.

She lives with The Writing Zoo, a Hubby who prefers her mood when writing, and a teenager who loves to tells stories of her mother on the floor trying to visualize "legs all akimbo" and how Writing Momma has long, often yelling, conversations with the computer screen.

~Guest Post~
Where I Fit In
When I began writing Going Thru Hell, I had a little bit of a conundrum. One, I am far from girlie. Oh, granted, I do love a great pair of boots. But put more than a cowboy heel on it and I’ll break a leg. Dresses and I don’t get along. I have make-up, I’m just not sure where. My hair has two styles: Long and in a ponytail, or short and pulled back with a headband. I quit coloring it and let the gray stand out loud and proud. Okay, okay, more like lazy and why bother.
Two, writing about a woman who loves all those things proved to be impossible. I couldn’t relate in any way. My idea of dressing up is a pair of slacks, a long blouse two sizes too big, and sandals that might, or might not, match. I’ve been known to wear shoes of two different shades of brown. I don’t pay enough attention.
Kylie steamrolled her way into my head, pacing, impatient, full of ideas. She wanted at least one fancy outfit, and I spent three days researching Barney’s of New York, and calling all my fashionista girlfriends for advice. But for the most part, I based a good bit of Kylie on my own personality.
I love pajamas and fuzzy slippers. Fun cartoon pajama bottoms make me feel good. I can actually coordinate jeans and t-shirts with one of five pairs of Sketchers.
And after reading tons of books with sophisticated femme fatales, I wanted to do something different. So I created Kylie to be as klutzy as me. The fall out of bed in the morning? Yep, I do it at least once a week. I did once cause severe rugburn on my face after one particular fall and slide on new carpet. I also gave her my addiction to caffeine. Mmm … coffee. Especially a large mocha latte, with an extra espresso shot and a few pumps of raspberry flavoring from The Paramount Café downtown.
I prefer trucks to cars, they seem to last longer. A bit of a confession: I’m on vehicle number fifty-eight. You read that right. I’ve put more vehicles in the ground than I like to admit. Trucks/SUVs seem to last at least a little longer.
Neither Kylie, nor I, have a brain-mouth filter. Often when I speak, whatever is in my head just voices itself.
But there is where it ends. I’m a people person, an extrovert. I laugh often, and don’t brood. I don’t back away from a fight.
I think, as authors, we all interject a bit of ourselves into certain characters. Sometimes the bad guy, most often the good guy. It’s fun, and helps keep us connected to our own imaginations. Not to mention, if you already know the character, it makes it easier to write.
Besides, it’s fun to make family and friends call me up and go, “I remember the time you did that!”


~Giveaway~
﻿
a Rafflecopter giveaway
Thanks for stopping by!