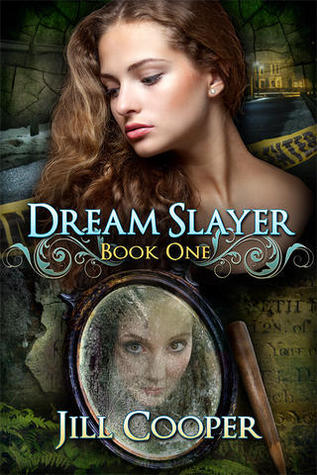 When your dreams come true, sometimes you get more than you bargained for...

Natalie Johnson has always dreamed she’s someone else; calm, beautiful, in control. A chosen warrior with a maniacal arch nemesis and a dreamy boyfriend, the type that can make your knees melt and your heart quiver.

Real life is much different. She’s tormented by a bully and endures the sharp tongue of her father, but finds solace in her dreams.

When her bully ends up dead, de ja vu from a dream hits her hard as everything around her begins to fall apart. Whatever killed Sarah in her dreams is now in reality, hunting her from the shadows. And it wants her dead.

Somehow as the lines between reality and nightmare blur, Natalie must discover hidden strength to pull her friends and family back from the brink of madness. 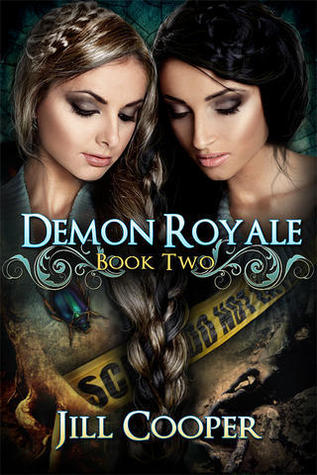 Since becoming employed by a supernatural protection agency, Natalie Johnson's life has been more interesting than ever. While most teens are working on their summer tans, Natalie works on slaughtering the undead lurking just outside her town's borders.

The workload takes more than just a toll on her love life, it dampens her spirit and her health, as the town is plagued by a mysterious murderer intent on stealing the residents' souls. Natalie's investigation is hampered by her declining health and the sicker she gets, the more inadequate she feels.

Guilt over her inability to act, weighs heavily on Natalie's shoulders during a time when her strength is needed more than ever. As some of those closest to her begin to lose faith, she must make the hardest stand yet to save the soul of the one person she can always count on: 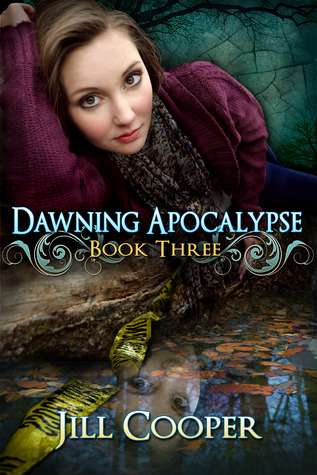 No one can know Natalie works for a supernatural protection agency and is charged with protecting Meadow’s Creek from vampires. But as their numbers swell, their presence doesn't go unnoticed throwing her town under the microscope from the local government and the FBI.

Natalie’s job is pushed even further into the shadows where she must dodge the police, concerned citizens and even her own parents.

Meanwhile a deadly plague grips the town and Natalie suspects it’s more than just a hacking cough. While the stress of working overtime erodes her relationships she will race against time, illness, to face a familiar enemy, save an old friend, and stop an undead seize that wants nothing more than to suck Meadow’s Creek dry.

Behind the backdrop of the moonlight she saw a human form moving, shadowing the movement of several officers on the west side of the building.


“Bob’s still here.” Natalie used their keyword for vampires since the media had dubbed the ‘serial killer’ Pinhole Bob thanks to the marks left on the victims’ necks. “He’s on the move.”


Her ear cleared of static. “Be careful,” Charles Buckle, her guide and old mentor said with a stern sharpness to his voice. She didn’t have a cover story if she got caught and the last thing she needed right now was having her parents awoken in the middle of the night by the police.


Natalie managed to skirt closer by ducking car to car. She reached down and gathered some small pebbles, but they were big enough to do what she needed them to do.


Reaching her arm back, Natalie propelled them toward the police cruisers and then ducked down low, her back against the tires and her knees bent to hide her frame. The flashlights from the officers changed direction and their footsteps moved to investigate the noise.


Natalie used that time to move around the side of the car and duck behind the other side of the apartment building. Using a drain pipe, she climbed the side of the house like she was Miss Piggy in the Great Muppet Caper, only with more skill and more comfortable shoes, and launched herself onto the roof.


She sailed through the air, her legs extended and the soles of her boots collided with the chest of a fangy vampire, his eyes glowing yellow like the rodent he was.  His back crunched against the roof and Natalie rolled onto her feet, reaching inside her pocket and retrieving her wooden stake.


She gave it a spin for bravado and took an offensive stance. The vampire launched an attack, swinging his mighty claws, but his eyes flashed recognition.


He stopped. Recoiling away, he hissed a warning.


All vampires fought to the death, but not this one. He ran like he was afraid, like he was acting on more than just instinct. “Hey!” Natalie called and lunged; grabbing the hem of his jacket and yanking him backwards.


He growled, his nose against hers. There was no fight in him at all. He was the most non-vampire vampire she had ever fought. When Natalie pushed the wooden stake into his chest, it was too anticlimactic. Like the battle had to be fierce to be won, but he just dissolved.


And then there were a dozen small lights shining on her.


Crap, Natalie thought and dove to the ground, rolling against the flat roof. Voices ran out from downstairs. “Someone is on the roof!”


She scampered across the rooftop on all fours, keeping her belly low to the ground. When she reached the other side, footsteps charged the fire escape. Her heart galloped so fast in her chest, she could barely breathe. There was no time to think or plan, Natalie just had to react.


She jumped off the roof, landed in a squat on the dumpster below, and dove onto the grass. She fell into a rolling summersault and before she knew which way was up, Natalie was charging from the street. But she wasn’t alone, there were officers charging her and in the distance, a car engine reved to life. Sirens turned to full volume.


If ever Natalie needed an emergency super spy extraction, it was right then. But there was no one that could help her. Only she could get herself out of this. Heck, Natalie had created a dream dimension out of nothing where everyone she knew had an alter personality. She herself was the all-powerful slayer. What would the slayer do?


She couldn’t get caught. She couldn’t be arrested or let the secret out, not without WOMP being seriously pissed of at her. Natalie didn’t know if she was right or wrong, but she needed to hide. 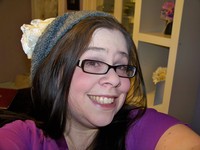 Author of the YA Dream Slayer series, Jill loves to blend horror, comedy, the supernatural, and love, through her novels. A fan of genre blending, her work strives to cross boundries, but most of all strives to entertain.

Jill resides in Massachusetts, is constantly renovating her home that she shares with her husband, young daughter, and two skittish cats.


~Giveaway~
a Rafflecopter giveaway
Thanks for stopping by!