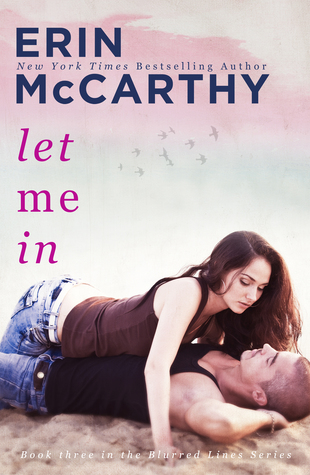 Aubrey Walsh never dreamed that she would find herself in an abusive relationship, but after her boyfriend hits her so hard he breaks her tooth, she flees the University of Maine to hide on a remote island with her best friend. Only to discover that she is pregnant. Terrified of what will happen if Jared finds out, she is walking along the rocks, deciding her future, when she slips.

A guy with a secret past…

After a job gone wrong, Riker has left the assassin business and is incognito as a ferryboat operator off the shores of Maine. It’s a lonely life, and when he sees a young woman almost fall off the rocks, he doesn’t hesitate to save her and take her in, though he’s determined to stay unemotionally uninvolved. But when the truth about her situation is revealed, he will do anything to protect Aubrey and her unborn child.

Even marry her. Even kill for her.

When Jared comes looking for the only girl who has ever rejected him, Riker won’t allow it. And Aubrey is torn between protecting herself and her child, or protecting the mysterious husband she has come to love.

And when chance brings them together but fate tears them apart, can their love survive the storm?

USA Today and New York Times Bestselling author Erin McCarthy sold her first book in 2002 and has since written almost fifty novels and novellas in teen fiction, new adult, and adult romance. Erin has a special weakness for New Orleans, tattoos, high-heeled boots, beaches and martinis. She lives in Ohio with her family, two grumpy cats and a socially awkward dog.

Q: Tell us about Let Me In.


A: Let Me In is the third book in my Blurred Lines series.  It features Aubrey, who we met in book one, You Make Me.  Aubrey was Cat's best friend and her fiance Ethan's sister.  In this book, Aubrey comes to stay with Cat and her boyfriend Heath on a remote island off the coast of Maine after being abused by her boyfriend.  She is also pregnant.  The next door neighbor is a sexy and mysterious former Marine who vows to keep Aubrey safe from harm.  I loved giving Aubrey her own story.  She was alternately sad and snarky in You Make Me and it was interesting to dig into her thoughts.

Q: How many books will there be in the Blurred Lines series?


A: As of right now, I have committed myself (haha, I might need to after this release schedule) to writing six books in the series.  Book four, Meant For Me, will release in December.  That book will feature Ethan, who has had trouble picking up the pieces of his life after he and Cat broke up.  Then book five will be sometime in the spring, most likely April.

Q: Is Let Me In based on a classic novel?


A: While You Make Me and Live For Me were inspired by Wuthering Heights and Jane Eyre, I confess I've strayed from that.  As I introduced these characters in the first two books, I wanted to write their stories without trying to muscle them into classic plots.  But they still retain the angst and the drama of the Bronte sister novels, which to me is perfect for New Adult romance.

Q: Do you have any contemporary romances releasing that aren't New Adult?


A: Always!  In October, Final Lap, book eight in my Fast Track series is out.  Also, Close Up, the second in a trilogy from Harlequin Blaze will be out.  November brings Sexy Mistakes, an anthology with myself and two other authors featuring online/social media snafus.  Finally, in December there will be a fun, sexy novella titled The Nemesis Affair, featuring an Irish rugby player and the woman he hires to be his nemesis.