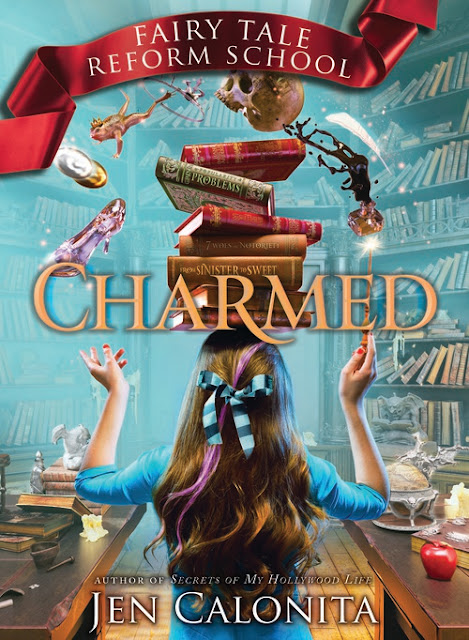 It takes a (mostly) reformed thief to catch a spy. Which is why Gilly Cobbler, Enchantasia’s most notorious pickpocket, volunteers to stay locked up at Fairy Tale Reform School…indefinitely. Gilly and her friends may have defeated the Evil Queen and become reluctant heroes, but the battle for Enchantasia has just begun.

Alva, aka The Wicked One who cursed Sleeping Beauty, has declared war on the Princesses, and she wants the students of Fairy Tale Reform School to join her.  As her criminal classmates give in to temptation, Gilly goes undercover as a Royal Lady in Waiting (don’t laugh) to unmask a spy…before the mole can hand Alva the keys to the kingdom.

Her parents think Gilly the Hero is completely reformed, but sometimes you have to get your hands dirty. Sometimes it’s good to be bad…

“Fans of Calonita’s previous book in the series (Flunked, 2015) will enjoy this continuation of the story. New readers will be caught up within the first few pages thanks to a blog scroll (“Happily Ever After Scrolls”) that recurs throughout the book. Tweens who are fans of fractured fairy tales like the “Whatever After” series by Sarah Mlynowski (Scholastic) will have no problem getting into this read.” –School Library Journal

The Magic Mirror’s voice crackles throughout the school, “Let the first annual Fairy Tale Reform School WAND WHAT YOU WANT hour begin!”
I hear students cheer and wands begin popping up in kids’ hands as we walk through the halls. POP! My wand arrives in my hand; long, dark-gray and nicked like its seen a few battles. What to try first… I’m just about test the wand out, when I feel the hair on the back of my neck stand up. I dive out of the way just as a classmate casts a spell on the girl next to me, turning her into an ice sculpture.
POP! POP! POP! Kids begin casting all around me. The crowded hallways is suddenly full of talking woodland creatures, toads, fireworks, and a pretty impressive cloud raining licorice. Kids are cheering, fighting, and the sound of all those wands working is enough to give me a headache.
SLURP!
The chaotic hallway disappears and a new empty hall arrives in its place. The magic hallways are always changing for security reasons, but I happen to know this hall leads to the school courtyard. More students appear and new spells begin zapping around me. I run out into the quiet school courtyard to test out my wand in peace. The warm sun is shining bright high above the castle walls, making me wistful for adventure. I can never sit still for long.
“We hope you enjoy your wand experience, but remember, all wands disappear at the hour mark so choose your magic wisely,” I hear Miri continue. I’m relieved to find no mirror in the courtyard, which means she can’t see what I’m up to. That magic mirror is forever tattling on students for bad behavior. “Flying is not advised.”
“Not advised, but she didn’t say it was against the rules,” I say to myself. I flick the wand over my stuffy, uncomfortable pale blue uniform and turn it into a comfy peasant shirt and pants. I get rid of my ugly school shoes and swap them out for my beloved high-lace up boots. Now that I’m comfortable, I get to the task at hand. I’m sure an actual spell would work better, but since I don’t know one, I just imagine myself flying and bam! I’m slowly floating up, up, up in the air. Score!
A Pegasus flies by pulling a coach with four students in it.
“HI GILLY!” they shout and wave.
When you save your school from a wicked fairy, people tend to remember your name. Even if you don’t remember theirs.
“Hi!” I say, lying back like I’m floating on a cloud. Wow, this is relaxing. I stretch my arms wide and -- oops!
My wand falls from my grasp. Uh oh. I begin to plummet, spinning, faster and faster with no sign of stopping. Before I can even think of a way to break my fall, WHOOSH! I feel my body hit a blanket, bounce up, then land again on a magic carpet being steered by my friend Jax.
“Ten minutes into WAND WHAT YOU WANT and you’ve already had a near death experience?” Jax says, a glint in his violet eyes. His curly blond hair looks white in the bright sunlight. “You’re getting sloppy.”
“I’m not getting sloppy!” I’m seriously offended by that statement. “How’d you even know where to find me?”
“I thought to myself, ‘What would Gilly do with wand access for an hour?’ and I knew right away you’d try to sneak home for a bit,” Jax says.
My usual partner in crime steers our magic carpet over the castle walls and across the vast school grounds. Below I can see students fanned out on castle rooftops, in the garden mazes, near the lake, all casting away with various results. Jax flies the carpet faster, the wind whipping our hair and making it hard to see. I push the hair away from my eyes and strain to see home. There, beyond the gleaming pillars of Royal Court, where the princesses who rule our kingdom live, is my small village of Enchantasia. Somewhere down there, my family is working, playing and hopefully missing me as much as I miss them. The carpet is nearing the Hollow Woods which separates us and the village--CRACKLE! Our magic carpet is stopped by an invisible wall that keeps us from escaping school grounds. Clever of Flora to put the barricade up during wand training. Oh well. Leaving was a long-shot, but maybe I could wave my wand and at least see what my family was up to. “My wand! I realize. “I need to go get it.” 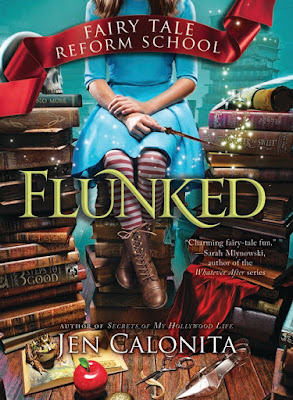 Would you send a villain to do a hero’s job?

Flunked is an exciting new twisted fairy tale from the award-winning author of the Secrets of My Hollywood Life series.

Gilly wouldn’t call herself wicked, exactly…but when you have five little brothers and sisters and live in a run-down boot, you have to get creative to make ends meet. Gilly’s a pretty good thief (if she does say so herself).

Until she gets caught.

Gilly’s sentenced to three months at Fairy Tale Reform School where all of the teachers are former (super-scary) villains like the Big Bad Wolf, the Evil Queen, and Cinderella’s Wicked Stepmother. Harsh. But when she meets fellow students Jax and Kayla, she learns there’s more to this school than its heroic mission. There’s a battle brewing and Gilly has to wonder: can a villain really change? 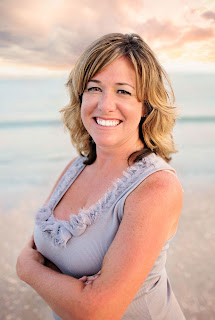 Jen Calonita has published more than a dozen novels, has seen her works translated into nine languages, and is the recipient of the Louisiana Young Readers Award. When Jen isn't plotting, she lives in New York with her husband, two sons, and their feisty Chihuahua, Captain Jack Sparrow. Visit Jen at jencalonitaonline.com.