Books for Nothing (62) Caged Wolf & A Stone in the Sea 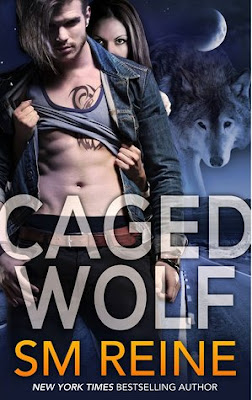 The biker gangs passing through Lobo Norte don’t scare Ofelia anymore. All those men are the same: scarred, homeless, and broken…just like Ofelia. They’ve become a blur of forgettable faces watching her strip. She takes off her clothes, takes their money, and wipes them from her memory instantly.
But Trouble is different. A biker with a wolf tattoo and tortured eyes, he sees beyond Ofelia’s tough disguise to a more fragile woman within. She’s drawn to him like she’s never been drawn to a man before—at least, not since she survived hideous torture at the hands of her ex-boyfriend that left her scarred physically and emotionally. She can’t forget Trouble. And she definitely can’t push him away.
There’s magic between them that neither understands. But maybe if Ofelia and Trouble can find the truth, they can release each other from the chains that bind them to Lobo Norte, to the Fang Brothers biker gang, and to the dark secrets in their pasts… 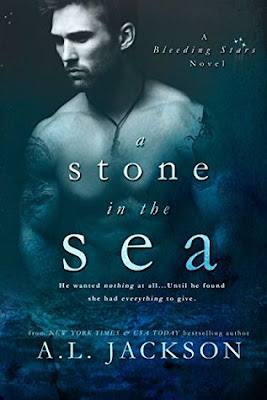 He wanted nothing at all… Until he found she had everything to give… Sunder lead singer and guitarist Sebastian Stone has everything—fans, fame, and fortune. He also has a heart full of bitterness and a reputation for a short-fused temper. But an outward reputation rarely reveals the true man inside. Facing assault charges after trying to protect his younger brother, Sebastian is sent to Savannah, Georgia to lie low until the dust settles in L.A. Shea Bentley is beautiful, kind, and hiding from the very lifestyle Sebastian has always embraced. When the mysterious, tattooed stranger begins hanging out at the bar where she works, Shea is quick to recognize he is nothing but trouble, but she's helpless to the way her body lights up every time his intense gray eyes tangle with hers. They both soon find themselves drowning in a sea of desire and passion that won’t let them up for air. Sebastian knows firsthand secrets never die, and he’s not the only one who’s hiding them. Loving someone always comes with a price. But will it be Shea’s past that costs them everything?