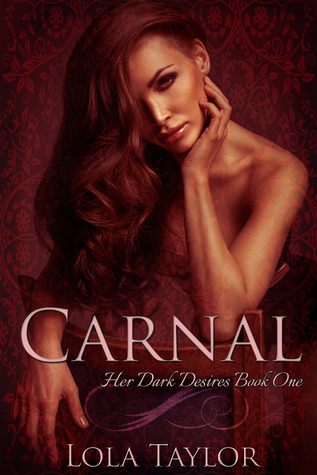 Sally the succubus sucks at her job, no pun intended. Being a former secretary with no love life to speak of doesn’t exactly give her much experience in the “Hot Seductress” department. So when her Master says she’s not meeting her monthly soul-corrupting quota, he does what any loving boss would do – he sends her to Elysian, a reform school for the “wicked at heart.” Determined to prove she’s not terrible at her job, Sally sets out to become the best succubus she can be. And with her long-time crush Hector, the Underworld’s most infamous incubus, as her teacher, Sally’s even more anxious to prove her mettle.

Too bad no one told her that people have been mysteriously disappearing from Elysian, only to show up as mutilated corpses a few days later. Then she might not have been so eager to go, man candy or not.

When the killer targets Sally, it’s up to Hector and her to put a stop to the evil force once and for all. But doing so may cost them their hearts – and their souls.

Fast, fun, and flirty, Carnal is a steamy paranormal romance that’s sure to leave you aching for more.

I lost my breath, taking a step back. “But you - you’ve been so silent. So…”
“Cold?” he provided, standing and sauntering toward me.
I backed away, though not out of fear he would harm me. It was out of fear of having my heart torn in half if my instincts, my darkest, deepest desires, were wrong.
I wetted my lips and swallowed against my suddenly parched throat. “Yeah. Cold.”
“I had to be. Professional, that is. It’s the number one rule around here.”
My back hit the wall, and he threw up an arm on either side of my head, cornering me as he leaned in. His mouth was about an inch from mine. “And what I want is strictly forbidden,” he whispered.
I stared at his full lips, wanting to run my tongue along them, to fully taste him. “What is?” I breathed, trembling.
He smiled. “That a teacher will not lust after his pupil.”
I forgot how to breathe as his lips brushed mine in a questioning kiss. “I want you, Sally,” he whispered. “More than I’ve ever wanted anyone before. You’re intoxicating.”
That’s when it hit me - he was asking for permission to continue. “I want you too,” I said, then wrapped my arms around his neck and kissed him deeply.

Lola Taylor is a pen name for my, erm, “steamier” novels. I like books that make me laugh, gasp, and swoon, which is what I try to shoot for in my stories. I’m a sucker for fantasy books, particularly those involving vampires and the supernatural – especially while said vampire is sweeping a gal off her feet. I like horror movies, playing around in Photoshop, and wearing the battery down on my ereader. I have two rescued kitties, and a husband who hates to read but gives me his unconditional support, all the same.

During the day, I work in a cubicle for customer service and hash out new story ideas in my many notebooks. At night, I work on my stories until I faceplant on my keyboard. Then I wake up and do it again the next day. I love it. =) (The writing part, not so much the “faceplanting-on-the-keyboard” part.) I love Game of Thrones, reading manga, and have a slight Pinterest addiction.


~Giveaway~
a Rafflecopter giveaway
Thanks for stopping by!