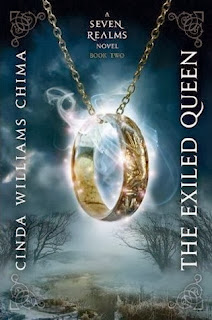 Summary
Haunted by the loss of his mother and sister, Han Alister journeys south to begin his schooling at Mystwerk House in Oden’s Ford. But leaving the Fells doesn’t mean that danger isn't far behind. Han is hunted every step of the way by the Bayars, a powerful wizarding family set on reclaiming the amulet Han stole from them. And Mystwerk House has dangers of its own. There, Han meets Crow, a mysterious wizard who agrees to tutor Han in the darker parts of sorcery—but the bargain they make is one Han may regret.

Meanwhile, Princess Raisa ana’Marianna runs from a forced marriage in the Fells, accompanied by her friend Amon and his triple of cadets. Now, the safest place for Raisa is Wein House, the military academy at Oden's Ford. If Raisa can pass as a regular student, Wein House will offer both sanctuary and the education Raisa needs to succeed as the next Gray Wolf queen.

Everything changes when Han and Raisa’s paths cross, in this epic tale of uncertain friendships, cut-throat politics, and the irresistible power of attraction.
It's been awhile since I've read the first book, The Demon King. I loved that one and every other book I've read from the author. And this book falls into that category.
I'm actually going to start with something I didn't like. The book feels too long. The book is long and it did take me sometime to read it. There was just a lot of detail that I think drags down the main story. And there still is a lot of world building. Other than those two things, the plot was good. It moved the story along and let the characters develop more.
And it was good to see the characters develop. It was fun seeing Han out of his element. Then there was Raisa. She is dealing with what happened at the end of the first book. She is also learning what it's like not being princess. With all of that, Han and she became better and more likeable characters. Most of the character development came from the supporting characters. Amon, Cat, and Dancer all was given more time and that really serves the story. Then there where new characters, my two favorite being Hallie and Talia, that I look forward to reading more about.
Overall, I loved the book. It was a good second book in this series. Yes, it's slow at times, but it did hook me and made me keep reading. Though, I do completely recommend this book, you will have to read the first book first.