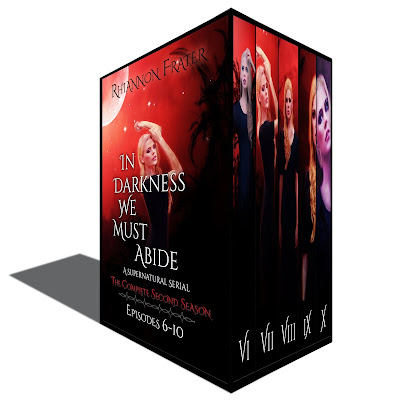 In Darkness We Must Abide Season 2 by Rhiannon Frater
Publication Date: December 16th 2013
Genre: Adult Horror Paranormal
Goodreads
~Summary~
Books 6-10
In Darkness We Must Abide is the epic saga of one young woman caught in the dangerous world of the creatures of the night.
Vanora is haunted by the night her faith in those she loved was shattered. After fleeing Houston, she takes refuge in Austin and creates a normal life with her roommate Rhonda. Despite her newfound happiness, Vanora is tormented by dreams and visions of an enigmatic and dangerous albino vampire.

When her world starts to fall apart and Armando comes back into her life to warn her that her brother is in danger, Vanora realizes that she can’t escape her destiny. Evil threatens her family, and she must venture into the darkness to save everyone she cares about.

As she seeks to uncover the truth about the terrifying albino vampire and her purpose in his schemes, Vanora starts to realize that the man she loves most may be her greatest enemy. Rhiannon Frater delivers a chilling adventure once again with this multi-part epic serial with a dynamic cast, old school vampires, bloody action, a smoldering forbidden love, and a terrifying villain set against the backdrop of a modern day vampire war.

This book includes all five episodes of the second season of the serial.
Amazon / Barnes & Noble / Kobo 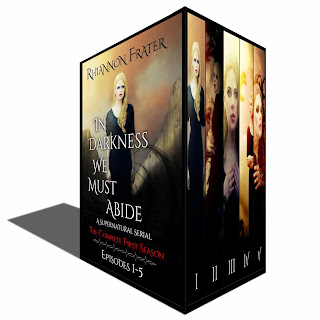 In Darkness We Must Abide: The Complete First Season
~Giveaway~
﻿
a Rafflecopter giveaway 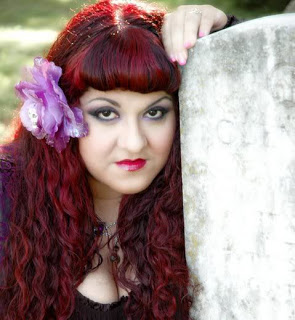