{Cover Reveal + Giveaway} Fight For Me (The Tate Chronicles #2) by K.A Last 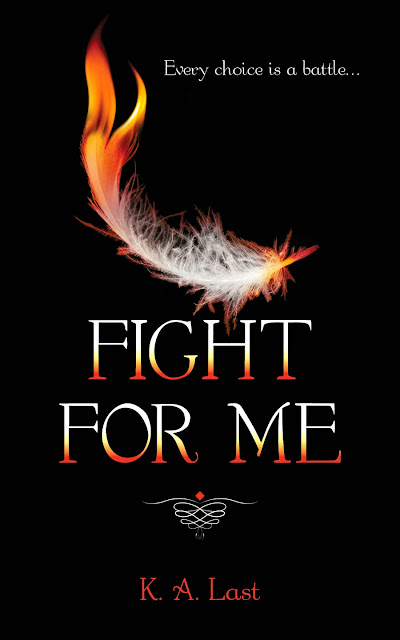 Fight For Me (The Tate Chronicles #2) by K.A Last
Publication Date: January 17th, 2015
Genre: Young Adult Paranormal
Goodreads
~Summary~
“How can I fight for you when I don’t know what I’m fighting for?”

When Grace Tate became one of the fallen to protect a vampire, it got her into more trouble than she’d bargained for. She’s angry at Charlotte for hiding the truth, and with Josh living in the city and Seth missing, life is harder than ever.

It’s about to get a lot harder…

Grace doesn’t want to leave Hopetown Valley, but when Josh ignores her calls she decides to go and search for him. She doesn’t expect to run into Seth as well.

When she reaches the city, Grace learns that Charlotte is the most hunted vampire in Wide Island. The city vamps want her blood, and the angels are after her soul. Grace gets caught in the crossfire of a battle she never wanted, but to win one war, she has to fight another.

Every choice Grace makes becomes a battle, and in every battle someone has to die. 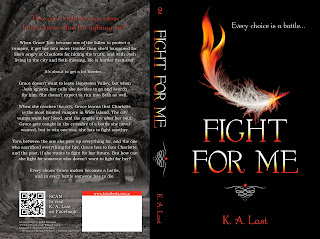 K. A. Last was born in Subiaco, Western Australia, and moved to Sydney with her parents and older brother when she was eight. Artistic and creative by nature, she studied Graphic Design and graduated with an Advanced Diploma. After marrying her high school sweetheart, she concentrated on her career before settling into family life. Blessed with a vivid imagination, she began writing to let off creative steam, and fell in love with it. K. A. Last is currently studying her Bachelor of Arts at Charles Sturt University, with a major in English, and minors in Children’s Literature, Art History, and Visual Culture. She resides in a peaceful, leafy suburb north of Sydney with her husband, their two children, a rabbit named Twitch, and a guinea pig called Squeak.
Website / Goodreads / Facebook / Twitter
~Giveaway~
a Rafflecopter giveaway
Thanks for stopping by!