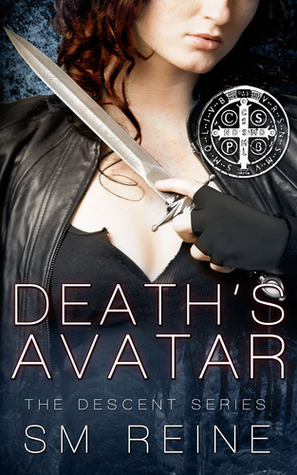 Knowing that I didn't review Death's Avatar two years ago, when I originally read it in October 2012, I decided to read it again since I've been on a novella kick lately and this time to review it. But along the way I found out that there were quite a few books in the Fall of 2012 that I read but didn't review. And it wasn't because I gave them low ratings, mainly because I just couldn't find the words to review them with.

When Lightning Strikes (1-800-Where-R-You #1) by Meg Cabot- I swore I wrote a review for it but I guess I didn't and I didn't rate it either (read it before I joined Goodreads in the summer of 2012, read it in February)

Thirteen Reasons Why by Jay Asher- I absolutely loved this book! But just couldn't get my rambling praises to form a proper review, 5 Stars

Dead Is So Last Year (Dead Is #3) by Marlene Perez- Did a Vlog review on this but now I want to read it again and give it a proper one (Vlog reviews are great, but it was the first time I did it and I was totally awkward) 4 Stars

Zombie Cinderella (Zombie Fairy Tales #1) by Kevin Richey- Omfg, this was so good and I can't believe I didn't write a review, I meant to but just didn't. 5 Stars

Everneath (Everneath #1) by Brodi Ashton- This was so breathtaking, it just left me speechless! I tried to review it but nothing I said felt like it did justice for it. 5 Stars

Torn (Trylle #2) by Amanda Hocking- Gave it 5 Stars yet nothing haha I truly enjoyed this series so I just might reread it again haha Reviewed the first and last one so I don't know why I couldn't review this one, it was definitely my favorite out of the three

Death's Avatar by S.M Reine- I finally found the words after I read it again this October, reviewed and 4 Stars

The Future of Us by Jay Asher- Another good one that I just couldn't find the words to explain my feelings, 4 Stars


I feel like 2012 was a really good year, there was a lot of  memorable reads, great starts to new series and most of these I can totally see myself rereading and reviewing cause I feel weird for not  doing so in the first place. And then continuing these awesome series!

Have you sometimes just not reviewed something, whether it was a high rating or low rating?

But to say the least, I've gotten way better at reviewing everything I read now.