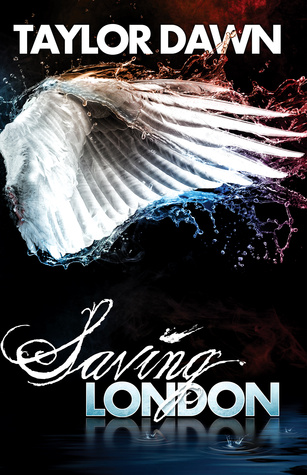 Saving London by Taylor Dawn
Publication Date: June 9th, 2015
Genre: Adult Urban Fantasy
Goodreads
~Summary~
The List. That Signified Finality.
The Journey. That Would Span The Globe.
The Sacrifice. That Would Decide The Outcome.
The Choice. That Could Unleash Evil On Earth.
The End Is Only The Beginning…

“You have terminal cancer.”

London Patterson, a seemingly healthy young woman, had her entire life ahead of her. That was until four little words brought everything to a screeching halt. As the shock and grief begin to fade, London decides to map out her last year and embark on an epic journey to complete a bucket list. She wants to do the things she’s been afraid to do in her life, step out of her self-contained box, and see the world. What she didn’t expect was for a mysterious stranger named Adam to breeze into her life like a breath of fresh air.

Adam offers to help London complete her list on one condition…that she sees it through to the end. Agreeing on those terms, the two set out on an adventure of a lifetime. But London soon realizes that Adam isn’t quite…human. Along their journey odd occurrences happen that cause London to question who or what Adam is and why he’s helping her.

Follow London as she checks off her bucket list in this inspiring new Urban Fantasy novel from Taylor Dawn. 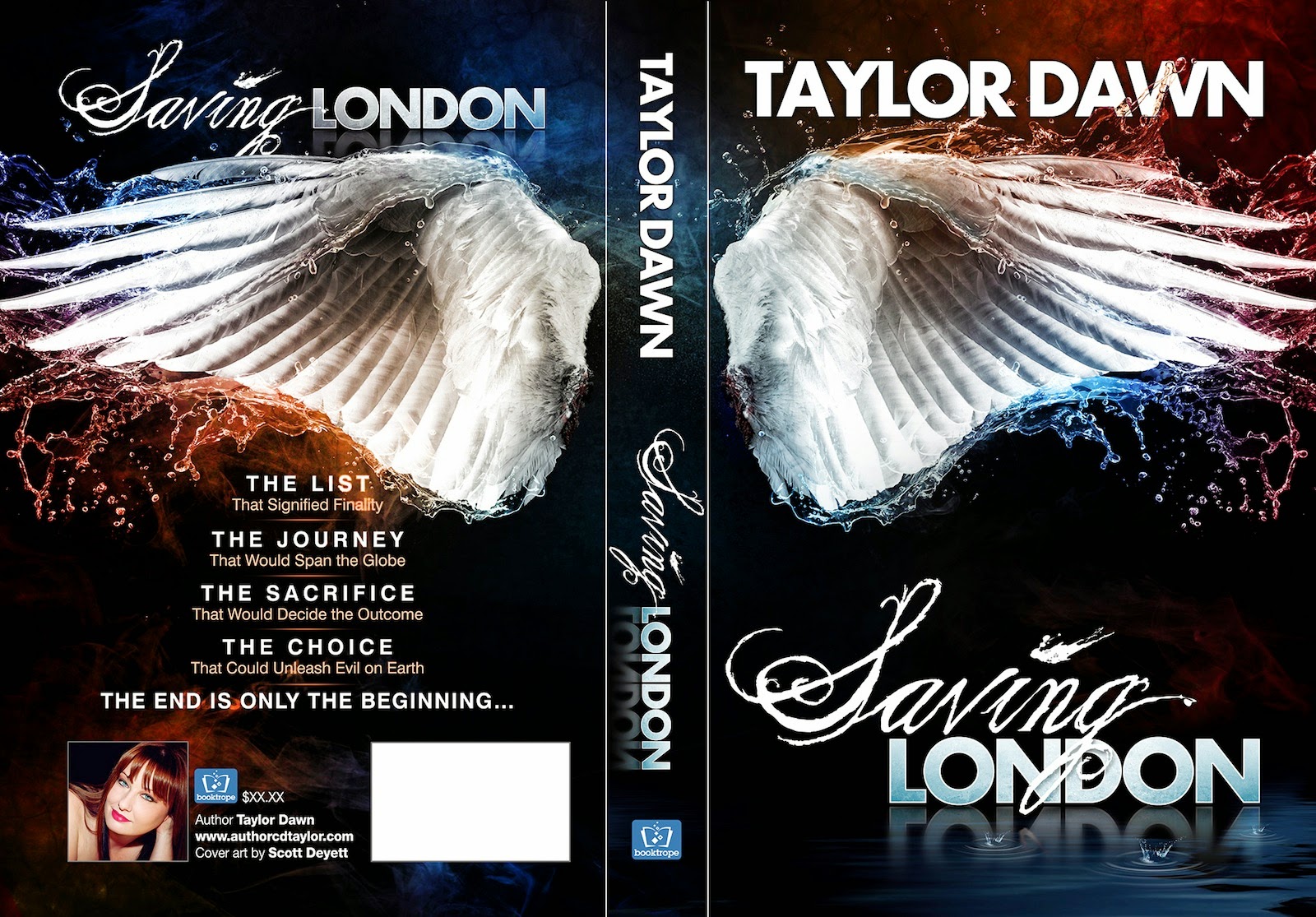 I’d come to believe that we are privy to an overabundance of petrifying sounds in our lives. Noises that breeze through our ears enter our brain and cause chills to run down our spine. We attempt to shake off the feelings that these sounds illicit, but the sheer terror of them do nothing but brand our skin with gooseflesh and nervousness. I thought I’d heard most of them already. That I’d taken in the echoes that strike fear through most individuals. However, I was mistaken. I undoubtedly found myself absorbing the most chilling of them all. It was unexpected and I still have trouble convincing myself that what’d happened was tangible. No, it wasn’t the shrill scream of someone in grave danger. Or the fictitious screech of a science fiction creature with hefty teeth and an appetite for human flesh and blood. The one thing that I heard was something that stopped me dead in my tracks. It put my life at a stand-still, in only a fraction of a second. I developed tunnel vision when I grasped onto the spine-chilling noise, my entire body seized up as if I’d been taken over by another life form. The ability to control what I was thinking was gone, out the window it flew like a winged creature that’d been set free. What was it? It was the sound of fear in my own voice. There was an unstable quake when I’d open my lips to speak and nothing came out. The Words I’d tried to construct wouldn’t form themselves and I felt as if I’d lost the capacity to communicate. I’d never had a reason to be afraid of it…until now.

“That can’t be right. Maybe you need to check it again.” The wavering of my speech told me I was somewhere between disbelief and denial. Neither of which was welcome near me.

“We went over the results with a fine tooth comb, Miss. Patterson. Science doesn’t lie in this case.” The expression on the doctor’s face was dripping with subtle bleakness.

“Well, there must be some other explanation. Maybe you mixed the results up somewhere along the line.” I felt a tinge of hope color my weak words.

“Listen, I know this is hard. But I assure you, there is absolutely nothing wrong with the tests.” The salt and pepper haired man sat down behind his desk.

“Okay, fine. I’m assuming there’s some sort of treatment I should start soon?”

I didn’t much care for the grim look that fell over his face like a mask of doom. “I wish I could say yes. But unfortunately there isn’t anything we can do. The surgery is too risky. You could undergo Chemotherapy and Radiation treatment, but if I’m being honest, I don’t feel as though either would do much good.”

“So I don’t have any options. This is just…it?”

He slowly nodded. “At best, in a case such as this, I would say you have a year.”

“A year to do what exactly? Sit in my house and rot?” I felt my anger bubbling to the surface like an over baked pan of lasagna.

“I understand your indignation, I really do. I think maybe if there’re some things you’ve wanted to do, it’s time to start doing them.”

How could such few words have a blatant finality to them? How could I come down with a common cold and then find out my life had been reduced to a handful of months?

“I can prescribe some medication to get you through the general symptoms, but above that…” He trailed off. He was being somewhat compassionate I suppose. I wouldn’t want to tell someone they were dying either, what a crap job.

I’d thought medical professionals were supposed to heal you? They would diagnose the issue and bam you were handed a bottle of antibiotics and better within a week. But unless he had a freaking miracle stashed beneath that prescription pad, I was toast.

“If you’d like someone to talk to, I can recommend someone.” He began to extend some sort of business card across the desk toward me.

I abruptly raised myself from the chair that felt as if it were squeezing the life from me. “Thanks, but no thanks. I’d rather not waste the time I have left lying on a sofa and spilling my problems to a stranger.”

It was difficult holding my anger at bay. Counting to ten while I exited the medical facility helped but the urge to hit something was a fierce impulse to fight off. Did I cry? For some reason, I didn’t at that moment. I can’t say why either. I wanted to, but the tears wouldn’t come. They stayed hidden in their little duct homes while I walked around seeing red.

Cancer of the Liver is what they called it. Yeah, he’d given me some mumbo jumbo scientific name for it, but all I heard was the ‘C’ word. The word that no one wants to hear in their lives. The word that rips hope away from the person being diagnosed, and replaces it with desperation and depression. With a disease like that, you’d think I was a raging alcoholic who did nothing but fill her days by holding down a bar stool while finding the bottom of a bottle. But I wasn’t. I didn’t touch the stuff. So how was it I became strapped with a terminal disease such as that? Why was this happening to me of all people?

I know life isn’t some kind of tranquil state that we float through without a care in the world. I would be utterly stupefied if I honestly believed that. No, life is a series of unfortunate circumstances that lead us to make decisions we don’t really want to make. What to have for breakfast, what to wear, and even what to say to the person occupying the seat next to us on the city bus. We don’t really put much thought into it all, but what are we really doing here? Why were we put on this planet for only a miniscule amount of time? Is there some grand plan that we aren’t seeing, like a big picture that has our entire life mapped out already?

Up until the dreaded news, I’d thought life was something to take for granted. That I could wake up every day and be guaranteed tomorrow. It’s hard to believe that everything can be changed in the course of a few ounces of blood and a doctor’s visit. I continued to shake my head wondering what really happened, was I dreaming of all of this? I wish I was. Things would be easier that way. But such as life, nothing is easy. We’re screwed no matter which way we go, and end up paying the consequences for it every day of our lives.

I made a decision. I wasn’t going to sit around and watch myself waste away like a banana rotting slowly on a counter. Nope, I was going to live my life like I just didn’t give a crap anymore…well, not in a negative way. I was going to throw caution to the wind, balls to the wall, take no prisoners and do the things I’ve always wanted to do. You could call it my bucket list, or my death list, whatever you feel comfortable with is alright by me.

My life is timed; I have an expiration date stamped on my rear like a yogurt container in the dairy section. After my time is up, that’s it. I don’t get a free pass. I’m okay with it now. I have to be. If I weren’t, I’d be that banana…I am not a banana.

But in the end I’ll get to laugh and smile at the things I’ve accomplished with my time on this earth. I can’t wish my fate away, I can’t find a genie in a bottle on a desolate stretch of beach to grant me more time. I’m accepting it like you’d accept a second place trophy in a one-legged man’s butt kicking contest.

At least I was given a year. To some it might seem like a small amount of time, and truly it is. But when you’re given only that long to live, it can in a way, seem like an eternity. I’ll do the things I’ve wanted to do because in the end…no one can save London Patterson. 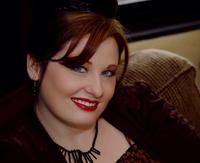 C.D. Taylor/Taylor Dawn began writing as an item to check off her bucket list. She resides in the southernmost part of Illinois, right on the mighty Mississippi river. She enjoys the quiet country life with her husband, son and the many farm animals that make up the rest of the family. C.D. decided that farm life was just a little too mundane, so she started writing erotica to spice things up, so far so good. C.D. entered cosmetology school right out of High School and practiced the art of hair styling for 12 years. When she isn't writing, she can usually be found sitting around a table making people laugh. She has always wanted to be a standup comic. She loves pulling practical jokes, dresses up in a costume every Halloween and believes that dancing is the key to a happy life (even if you aren't a good dancer). She believes that life shouldn't be taken too seriously, we will never get out alive anyway. More than anything, C.D. is a kid at heart, she doesn't believe in bedtimes, eating everything on her plate, or having ice cream only for dessert. Her favorite quote is by Dr. Seuss..."Why fit in, when you were born to stand out."
Facebook / Website / Twitter / Goodreads

~Giveaway~
a Rafflecopter giveaway
Thanks for stopping by!