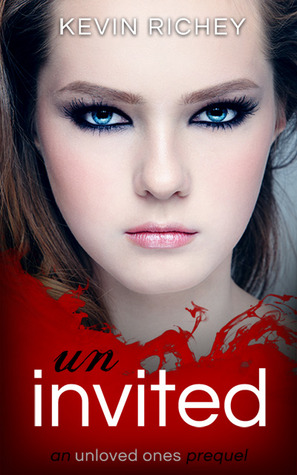 After her boyfriend dumps her, perfectionist and overachiever Jacqueline White obsessively compares herself to his new girlfriend, the sloppy and irresponsible Becka.

But when she wakes up in Becka's body to find they have switched places, she has a choice to make—should she take this opportunity to destroy her opponent's life from the inside-out? Or should she instead find a way to keep this new body, and her old boyfriend, for herself?

Find out in this dark homage to Freaky Friday.
~My Thoughts~
That ending, MIND BLOWN!! It both makes me feel sorry for our main girl, Jacqueline, and make me think she really is crazy. For Jacqueline everything has to be perfect. The way she looks, her bedroom has to be squeaky clean, and her grades have to all be A's. Because of this, it's turned her into a attention hog and causes not everyone to like her- including her boyfriend.
Because everything has to be perfect this makes me feel like she's crazy and when her ex-boyfriend is throwing a party on her birthday, she goes there assuming it was for her. Only a crazy person would think that. But yeah, I get they were best friends before they dated then broke up, but when your ex is with someone else now and isn't much of a friend anymore- I don't get how you would assume he would throw a party for you? Crazy!
And then what she does after she lands mysteriously in Becka's body, oh my gosh! It's so dark and twisted, I love it! Jacqueline is absolutely jealous of Becka and doesn't understand why her ex, Todd, would want to be with someone that's just so messy and not perfect like her. Because of this Jacqueline tries to get Becka into major trouble while trying to scare off Todd but when it doesn't work, she does the absolutely unthinkable. My jaw dropped and I just couldn't believe she did what she did!
Honestly going into Uninvited I didn't know what I was expecting except it would be twisted and suspenseful and Mr. Richey was able to deliver that perfectly! I hope he'll get back to this series soon because I'm just dying to see what happens next for Jacqueline! Seriously, you won't know what to do after that ending!