Books For Nothing (60) Creatura & Reap 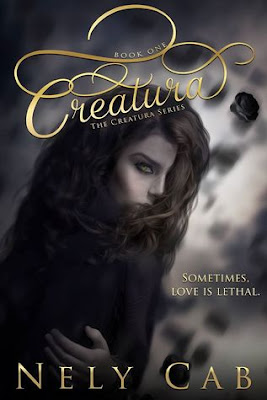 When seventeen year-old Isis Martin is having trouble sleeping due to perturbing dreams of a horrific growling beast, she decides to confront her fear. But what Isis discovers is something other than a menacing entity.
The human-like creature offers Isis assurance that he is not a figment of her imagination. Unwilling to accept his avowal, Isis sets his words to contest by asking the entity to prove himself—a dare, he readily welcomes.
It is in her dreams that Isis innocently stumbles upon the silent existence of the divine lineage of those that man has long forgotten.
In a quaint town, deep in south Texas, this story leads Isis onto the path of impermissible love and captivating life-changing truths. Isis Martin's journey is sure to leave any reader ravenous for more. 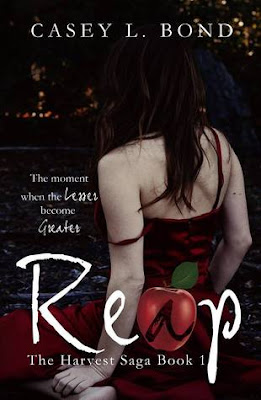 The remnants of the United States of America have been divided. From five enormous, technologically-advanced cities, the Greaters rule over the Lessers. In the Lesser village of Orchard, things are not as perfect as Abby Kelley thinks they are. When the apple harvest draws near and the Greaters' engineered fruits become too much for one village to handle alone, reinforcements from neighboring villages are called upon. Having to choose between her best friend, whom she has no romantic feelings for, and mysterious newcomer Crew, Abby finds herself in the middle of a harvest that she had no intention of becoming a part of. She becomes involved in a situation that threatens the strict rule of the Greaters, and just might give the Lessers hope for a better tomorrow. But, can she help the Lessers without losing Crew?