Books For Nothing (61) Frost Burn & Captured 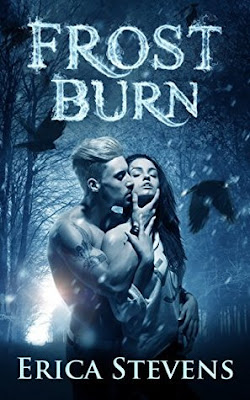 After years of running, Quinn has finally found a town to settle down in while she searches for the man who tore her life apart. Despite her every intention not to, she’s started to put down some roots and make friends. However, the small bit of solace she’s found is quickly shattered when a group of vampires walk into the bar where she works and turn her life upside down.
Looking only to stop for a few nights and have a good time, Julian never expected to stumble across someone like Quinn. Determined to keep her free from the vampires looking to use her as a weapon, Julian is stunned to discover himself starting to care for the mysterious woman with a dark past she’s unwilling to reveal. It doesn’t take him long to realize that the vampires after her are only a part of the problem. This quiet little town is hiding a violent secret of its own; a secret that not only threatens the town, but Quinn in particular.
***The Fire and Ice series is a spinoff based on characters from The Kindred Series. You do not have to read The Kindred Series in order to enjoy this book or its successors. The maturity level of this series will grow with each book and is recommended for readers 17+*** 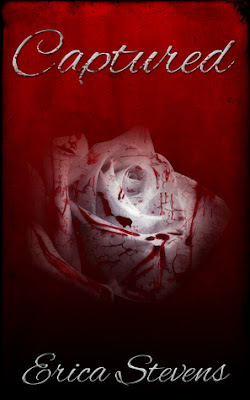 Blood Slave.
Captured, taken from her beloved family and woods, Aria’s biggest fear is not the imminent death facing her, but that she will be chosen as a blood slave for a member of the ruling vampire race. No matter what becomes of her though, Aria knows that she must keep her identity hidden from the monsters imprisoning her. She has already been branded a member of the rebellion, but the vampires do not know the true depth of her involvement with it, and they must never know. Though hoping for death, Aria’s world is turned upside down when a vampire named Braith steps forward to claim her. He delays her execution, but Aria knows it’s only a matter of time before he drains her, and destroys her. Especially once she learns his true identity as a prince within the royal family; the same royal family that started the war that ultimately brought down humankind, reducing them to nothing more than servants and slaves. Aria is determined to hate the prince, determined not to give into him in anyway, but his strange kindness, and surprising gentleness astonish her. Torn between her loyalties to the rebellion, and her growing love for her greatest enemy, Aria struggles to decide between everything she has ever known, and a love she never dreamed of finding.
Mature YA/New Adult. This book contains some language, violence, and sexual situations. Recommended for ages sixteen and up.
Edited by Leslie Mitchell at G2 Freelance Editing and re-released 2/6/13.
Extended Edition.