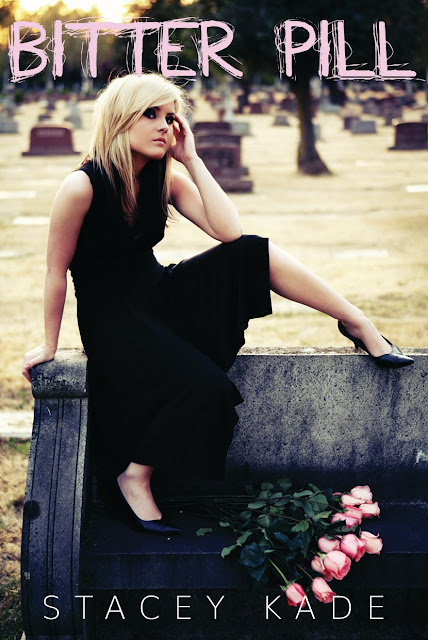 The truth is a bitter pill…

Rennie Harlow is having a bad year. She had a handsome husband, a good job, and a renovated condo in Chicago. Now, thanks to one “exotically beautiful” , she’s divorced, faking her way through a writing career, and living above her hypochondriac mother’s garage back in Morrisville, the small town she couldn’t leave fast enough at eighteen. On top of all of that, she just found Doc Hallacy, the local pharmacist, dead behind his counter. And the worst part is, he’s the third body she’s stumbled across this year.

Jake Bristol has lived in Morrisville his whole life. A former bad boy turned sheriff, he doesn’t believe it’s just Rennie’s luck or timing that’s the problem. He thinks she’s too nosy for her own good. The last thing he needs is her messing around with his murder investigation so that she can freelance for the Morrisville Gazette. But as they both delve deeper into Doc’s death, they find that things don’t add up. This isn’t a robbery gone wrong or the work of a desperate junkie. Someone has a secret they’re killing to keep. The only question is—who’s next? As an award-winning corporate copywriter, Stacey Kade has written about everything from backhoe loaders to breast pumps. But she prefers to make things up instead.

She lives in the Chicago suburbs with her husband, Greg, and three retired racing greyhounds, Joezooka (Joe), Tall Walker (Walker) and SheWearsThePants (Pansy). When she’s not reading or writing, you’ll likely find her parked in front of the television with her Roswell DVDs, staring rapturously at Jason Behr.

The Ghost and the Goth is her first YA novel. You can find her (far too often) on Facebook and Twitter as well as http://www.staceykade.com.

~Note from the Author~


I’m so excited to be able to share it with you guys! It is one of those incredibly rare books where it almost felt like it wrote itself, and I just had to keep up. Well, the first draft anyway! :D


When I wrote this story, I was desperately homesick for the very tiny town where I lived in junior high. As some of you know, my dad is a Lutheran pastor, so we moved quite a bit during my childhood. For whatever reason, that small town in Southern Illinois really stuck with me. Morrisville is a (very) fictionalized version of that place.


There’s an odd mix of intense gossip and deep reserve that seems inherent to small towns. It’s part of the culture—“We know everything about everybody, but we don’t talk about that.” Certain things were just not discussed, which makes small towns a prime environment for secrets. And secrets are at the heart of every mystery.


So, when I sat down to write this story, that element of knowing someone well but not really knowing what they might be capable of intrigued me.


Rennie Harlow is my grown-up version of Nancy Drew, I suppose. Except, unlike cool, calm and collected Nancy, Rennie’s life is a disaster. She’s trying to make it through a particularly rough patch, but she’s flailing and fumbling, and I can so relate to that.


As for Sheriff Jake Bristol…well, what can I say, there’s something about an honorable man in a tough situation that’s pretty irresistible. :D


Thank you again for checking out Bitter Pill, and I hope you’ll give it a try!
~Giveaway~
a Rafflecopter giveaway