I've discovered that I have a muse

My friend back in July, while we were house sitting, asked me what my muse was. And me being me, couldn't really think of anything once I was put into the spotlight. So I came up blank then spoke out the typical. Music, movies, books, the occasional person but nothing that really came from the heart.

Well fast forward to now, a couple months later, and a Facebook friend posted this picture bringing that memory forth. 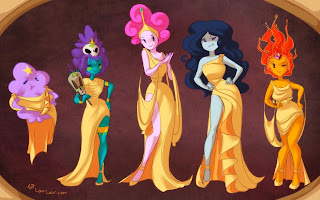 Seeing it made something click and the answer to her question is just so obvious. I couldn't believe I didn't think of it sooner.

My man is my muse.

I'm sure you all saw that coming haha. No, but really he is. I'm living an actually life because of him, I'm getting out of the house more (more than just going to school), and I have a whole bunch of friends that I can't live without. And he's helping me come out of my shell, I'm a very country gal now and loving it haha.

But what inspires me most is our relationship, the memories we have created. They help me most in writing the romance parts of my books, which I was never really good at cause it never felt right. Something always felt off and I knew why, cause I’ve never had a boyfriend before (19th year was my lucky one). So all I had to go off of was things I’ve read or seen from the movies.