The reason for the lack of reviews is because I'm working on....

Hey Everyone!
Don't worry, I'm not going on a break or ending this blog as I love it too much! This is my escape and I could never let it go! But the reason why there hasn't been a constant flow of reviews is because I haven't been reading as much as I used to. That's because I've been working my ass off to finish my latest work in progress, which is now my latest publication! Woohoo! I'm so excited!
I'm still editing it but it's so close to being finished! Though, sorry to disappoint my fans, this book isn't for my Harvesting Series. Instead this is a whole new series and it's completely different from my other one! So different, the only thing they have in common is that they're both Novelette's. Which seems so much easier to write than novels haha.
Anyways, I've got a publication date for it and it's just around the corner! So here I am with a cover reveal sign up! I hope to seeing many of you guys signing up!
Now Ladies and Gentlemen, I present to you
*drum roll please*
Wants of an Incubus (Annabelle's Erotic Nightmare #1) 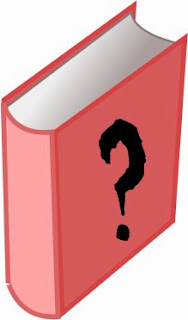 ~Blurb~
Nineteen year old Annabelle hasn’t seen her boyfriend in months, let alone heard his own voice. One night her emotions take over and she can’t help but think of him. When sleep comes, so does her boyfriend. But it’s only a dream, right?

Deep down, she knows that this one night stand with the love of her life is but a dream. However the next morning she’s in for a shock.

Those nagging feelings she had while with her dream Henry may have been real, telling her that that dream might actually have been a nightmare after all. A nightmare where she may have bonded her soul to a creature that goes bump in the night.

With the help of her mother, who’s a witch by the way and in more ways than one, her talking cat and her unwanted desires towards the nightmare that looks like her Henry, Annabelle will have to defeat the demon that has now crept into her life.