{Book Blitz: Excerpt + Giveaway} All I Ever Wanted: An Abbott Springs Anthology 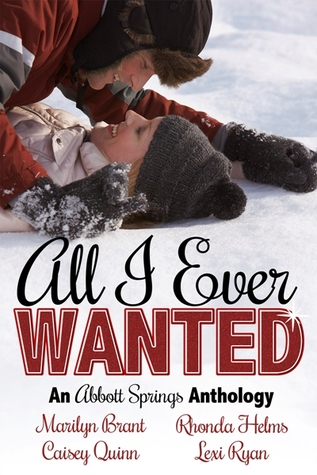 Winterfest is heating up in Abbott Springs...

As the town’s yearly festival kicks off, cold days turn into steamy nights, new flames will be ignited, and old romances will be rekindled.

All About Us by Marilyn Brant—All Sami Abbott ever wanted was permission to be herself. At home, she aims to be the perfect daughter but never measures up. At college, she’s the bold girl who had a one-night stand with sexy musician, Alex Hamilton. When he arrives unexpectedly in Abbott Springs, her worlds collide and she must reconcile the girl she tries to be with the person she really is.

All I Need by Caisey Quinn–All pink-haired rocker chick Everly Abbott thought she wanted was acceptance in her straight-laced hometown. But her best friend and bandmate Justin Cohen is about to show her that what she thinks she wants isn’t necessarily what she needs.

All for Love by Rhonda Helms–All Maya Monterey ever wanted was to belong. Happiest with the Abbott family, Maya’s been secretly in love with sexy pastry chef Oliver Abbott for years. With a flirty new look, she’ll pull out all the stops to get him to notice her. And if her plan fails, she’ll walk away from the only home she’s ever known–and Oliver–for good.

All or Nothing by Lexi Ryan—After years of placing the wrong bets, all Aubree Baxter wanted was someone to take a chance on her. Golden boy Kennedy Hale plays it safe in life and love, but to keep Bree in Abbott Springs, he’ll have to go all in.


From ALL I NEED by Caisey Quinn

“You okay, Jubb?” Her eyes were full of concern when she looked up at me from under her thick, dark lashes. The kind of concern no one had ever had for me. Just her. Always her.
I gave her a quick nod and smirked as if it were a silly question. It wasn’t. My need for her had built to a dangerous level, and Hale had thrown gasoline on my fire.
We reached her house and she took out her keys.
I was good until we made it to her door and I caught a whiff of her sweet strawberry scent. She’d used that same shampoo forever, and it had been driving me crazy since we were kids. But we weren’t kids anymore. So I let go. Gave up my death grip on keeping my distance. Stepping into her space, I pressed her up against the door without actually touching her.
“Jubb, what the hell are y—”
“Feel that, Ev?” I grabbed her hand and slid it under my shirt. Her slender fingers grazed my stomach. I pressed her hand against me more firmly. Made her trace the hard ridges of my abdomen.
“Yeah,” she breathed out, gaping up at me with eyes glinting with heat and panic. “I feel it.”
“No more Jubb,” I told her. “No more Jubb, or Jubby, or any other childhood nickname you might have had for me. Call me Justin or Cohen. Take your pick. Got it?”
My face was so close to hers I could hear the sound of her licking her sweet lips. And swallowing. Hard. “Um, okay. W-why not?”
This was it. Go big or go home. Shit, I was already home. Everly was my home. “Because,” I began, releasing her hand to brace both arms on either side of her head, “Jubby won’t sound as hot when you’re screaming it out later. And if I have anything to say about it, you will damn sure be moaning my name in the very near future.”
~About The Authors~ 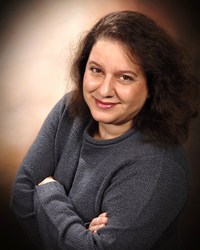 Marilyn Brant is a USA Today bestselling and award-winning author of eight novels to date, writing in the genres of contemporary women's fiction, romantic comedy, and new adult/mystery. Recently, the Illinois Association of Teachers of English selected her as their 2013 Author of the Year. As a former teacher, library staff member, freelance magazine writer, and national book reviewer, Marilyn has spent much of her life lost in literature. Her books have been featured by the Doubleday Book Club, Book-of-the-Month Club, Literary Guild, BOMC2, and Rhapsody Book Club, and they've won awards such as the Romance Writers of America's Golden Heart, the Booksellers' Best, and the Aspen Gold Reader's Choice. She lives in the Chicago suburbs with her family, reads a lot of Jane Austen, and loves chocolate, old movies, and road trips with music blaring and the windows rolled down. Please visit her online at www.marilynbrant.com or find her on Facebook http://www.facebook.com/marilyn.brant and Twitter @marilynbrant 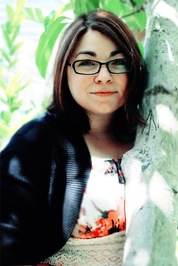 Rhonda Helms started writing novels several years ago and loves teen and New Adult romance. She has a Master's degree in English and a Bachelor's degree in Creative Writing. She also freelance edits (visit rhondaedits.com to learn more about her services). When she isn't writing, she likes to do amateur photography, dig her toes into the sand, read for hours at a time, and eat way too much cheese. Rhonda lives in Northeast Ohio with her family, dog, and a very loud cat. Visit her at rhondahelmsbooks.com for details about her and her books. You can also find her on twitter @rhelmsbooks or Facebook at facebook.com/rhondahelmsbooks.

Caisey Quinn lives in a suburb outside of Birmingham, Alabama with her husband, daughter, and other assorted animals. She wears cowgirl boots most of the time, even to church. She is the bestselling author of the Kylie Ryans series and writes New and Young Adult books about country girls finding love in unexpected places. She can be found online at www.caiseyquinnwrites.com or on Twitter as @CaiseyQuinn where she spends entirely too much time chatting with readers, writers, and anyone who’s willing.

A New York Times and USA Today bestselling romance author, Lexi Ryan considers herself the luckiest chick she knows. Her books have been described as intense, emotional, and wickedly sexy. When not writing, she enjoys watching football, perfecting her chocolate martini, and reading her way to the title of Biggest Romance Fangirl Evah. A former college professor, her biggest fears include faculty meetings and large stacks of ungraded freshman composition papers. She now writes full-time from her home in Indiana, where she lives with her husband and two children and their neurotic dog. You can visit Lexi at her website www.lexiryan.com or find her on Twitter @writerlexiryan or Facebook at facebook.com/lexiryanauthor.
~Giveaway~
a Rafflecopter giveaway
Thanks for stopping by!