Books for Nothing (36) Mortis & The Bane

The aliens inadvertently turned Earth into hell. Like the first Europeans to arrive in the New World, the aliens carried viruses, one of which mutates after contact with a terrestrial virus. The resultant plague makes humans into zombies and turns the aliens into the horrifying Xenomortis. Nineteen-year-old Miles lives with others in relative safety in an isolated Texas town. Beating back the odd zombie attack and avoiding the Xenomortis is the new normal. But now a new threat has arisen, and when it destroys his community, Miles and his group must face the mayhem of the outside world as they battle to save what's left of humanity –– and kill as many zombies as possible while they're at it. 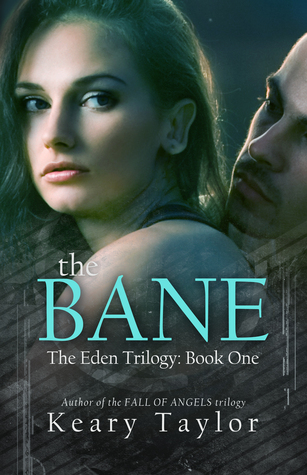 Before the Evolution there was TorBane: technology that infused human DNA with cybernetic matter. It had the ability to grow new organs and limbs, to heal the world. Until it evolved out of control and spread like the common cold. The machine took over, the soul vanished, and the Bane were born. The Bane won't stop until every last person has been infected. With less than two percent of the human population left, mankind is on the brink of extinction.Eve knows the stories of the Evolution, the time before she wandered into the colony of Eden, unable to recall anything but her name. But she doesn't need memories to know this world is her reality. This is a world that is quickly losing its humanity, one Bane at a time.Fighting to keep one of the last remaining human colonies alive, Eve finds herself torn between her dedication to the colony, and the discovery of love. There is Avian and West – one a soldier, one a keeper of secrets. And in the end, Eve will make a choice that will change the future of mankind.The Bane is The Terminator meets The Walking Dead with a heart-twisting romance.Previously published as Eden, due to reader demand it has been revamped and rereleased as The Bane: book one in The Eden Trilogy.