Operations director Amy Carter is a successful London businesswoman with a huge problem - the bullying New York firm Quinlan Brothers is ruthlessly taking over her company - and it’s likely that corporate heads will roll. Amy’s determined to fight for her colleagues, but when she arrives in New York City and meets Adam Quinlan, it becomes clear that he's interested in a more personal level of negotiation. Billionaire playboy and CEO, Adam Quinlan, always gets what he wants: he’s handsome, confident, and loves to see women climaxing in bed. When the beautiful Amy catches his eye, he makes up his mind that he will seduce her. There’s a problem though: his dead brother’s last request was that he should buy Amy’s company in order to complete the project he was working on. Adam knows redundancies are likely, but giving Amy what she wants in the bedroom quickly becomes more important to him than agreeing to her demands in the boardroom. Amy wants more from a man than just mind-blowing, no-strings sex. And she certainly doesn’t want anything from the no-good, double-crossing Adam Quinlan. So why can’t she stop thinking about him, in and out of the bedroom and boardroom? And what’s happening to confirmed billionaire bachelor Adam? Is he really changing his ways and falling in love? Whatever the reason, Adam Quinlan is about to discover that there are some things money can’t buy...

Warning: This story will fuel your billionaire obsession! It includes hot and steamy sex scenes, orgasms a-plenty, and a handsome man who always gets what he wants. 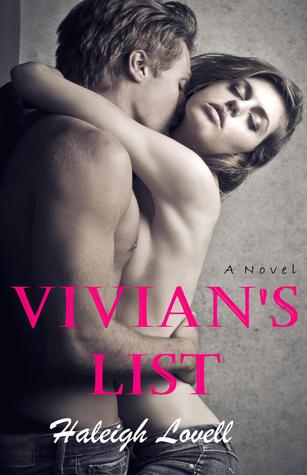 A NEW YORK TIMES and USA TODAY Bestseller.A New Adult Romance packed with Heat and Heart.Her brother's best friend. A list. A love story.After ending a horrible, scarring relationship, Vivian embraces her freedom by making a sexual bucket list. When her brother's best friend, Liam, finds it, sparks fly and hearts open.Can Vivian heal one steamy encounter at a time?** This is book 1 in a two-part series** New Adult Romance recommended for readers aged 18+ due to language and strong sexual content