{Blog Tour + Giveaway} Twice Upon A Time by Hope Irving 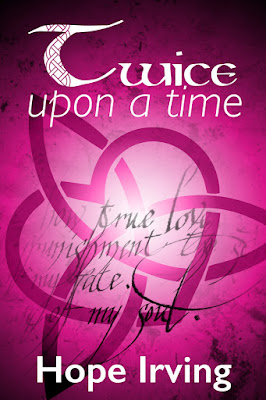 Once upon a time, there was the wandering soul of Morgann, an 8th century Irish calligrapher-monk longing to be reunited with his soul mate. Deirdre was his forbidden love, a witch with whom he wrote a coveted book.
Under her spell, the souls of the star-crossed lovers travel from bodies to bodies until they find each other. Eventually.
That became his quest: unearth her new body and trigger her memory, for she is clueless about whom she once was. Unfortunately their story didn't get a chance to become a fairy tale yet it still turned out as a famous urban legend referred as The Black Angel Book.
Twice upon a time, not so long ago, there was me, rational and devastated Rose. I needed to get a grip, said my French mum after my year of numbness due to a painful break-up that led me to cut my wrist daily, to feel something, anything.
So she sent me off to the free-spirited village of Provincetown, Massachusetts, to spend the summer with my American relatives. And just like that, I wasn’t myself any longer. Because someone pulled me out of the darkness and bewitched me, somehow.
I couldn’t wait to jump his bones… but why was he holding back?
He couldn’t wait to welcome me into his world… but was I ready to question my convictions and acknowledge that my self-inflicted cuts were now healing in record time?
How could I have imagined he was longing for his own unorthodox fairytale to come true? Frantically. 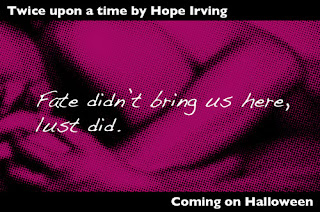 “Hi, I called you last week about registration—” I opened the cupboard to get a plate
for my cinnamon raisin bagel that was being toasted as I spoke.

Without letting me finish my sentence, the sexy voice, still this aching tone—not from
a sore throat, then—declared, “Hi yourself.”

A cough on the other end of the line.

“Oh, I remember you!” He chuckled. “You hung up on me so fast I didn’t get your
name.” How could he remember me from a week ago? “So I guess, it’s ‘Hi yourself…
again’, right?” He paused for a split second, in a playful tone, added, “I do remember
your voice, though. Will you tell me your name this time or are we gonna play hide and
seek again? That’s why you’re calling back, right? You realized your mistake?”

Flabbergasted, I replied, putting a large amount of cream cheese on my heated bagel.
“Exactly… I forgot to give you my name. You’re gifted, you know, recognizing my
voice like that. I bet I wasn’t the only one who called to enroll.”

A giggle that almost came out as a roar.

“You’re right, I got a few phone calls…” He coughed again then said, “But actually
recognizing your voice was pretty easy. I like your voice: warm and confident although I
can hear a little bit of worry in it. I bet it’s due to both excitement and fright about
attending the workshop. Anxious and curious, I would say.” Did he say that to everybody,
to be nice? “Your voice is tinged with… I don’t know, sorrow, I would say, and that’s
why it sounds different.”

O-kay, where did that come from? I sighed at his accurate comment.

“Well,” I started, biting on the bagel to buy me some time, “thanks for the comment
on my voice. You’re insightful, I must add.” And out of the blue I blurted out, “I love
your voice… too… mmm.” Did I say that out loud? Sure I meant it but couldn’t say that
to a complete stranger. “I mean… I like your voice, too.”

Silly me. Now he was going to think I was hitting on him over the phone. Great!
“Thanks, stranger. And by the way, I wasn’t making a comment about your voice I
was paying you a compliment,” he stated, correcting my assumption. “So, anyway, what
did you say your name was?”

“I didn’t give it to you, yet. Sorry, I’m not doing that on purpose, I swear.” Here I was,
toying with my hair again, embarrassed. “My name is Rose Perry.”

“So I remember you’ve always wanted to learn calligraphy but never had the chance,
is that correct?” Calm and in control, with a sensual kind of a rugged voice, from which
you could altogether fantasize about a hot guy as its beholder.

Hope Irving is the proud mother of a lovely and witty young lady, and the lucky wife of a loving and supportive husband. She's a debut indie author who lived in Paris, France, most of her life and also in the US, where she graduated with a master degree.