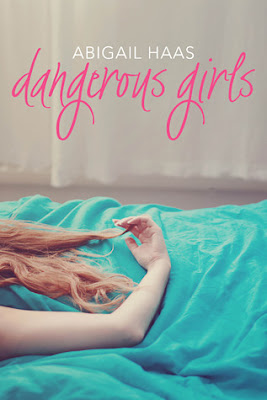 Paradise in Aruba quickly gets gruesome in this “ripped-from-the-headlines thriller (Kirkus Reviews)” with a twist that defies the imagination.It’s Spring Break of senior year. Anna, her boyfriend Tate, her best friend Elise, and a few other close friends are off to a debaucherous trip to Aruba that promises to be the time of their lives.But when Elise is found brutally murdered, Anna finds herself trapped in a country not her own, fighting against vile and contemptuous accusations. As Anna sets out to find her friend’s killer, she discovers harsh revelations about her friendships, the slippery nature of truth, and the ache of young love.Awaiting the judge’s decree, it becomes clear to Anna that everyone around her thinks she is not only guilty, but also dangerous. And when the whole story comes out, reality is more shocking than anyone could ever imagine...


Well, damn, what a twisty story! Though I had a strong feeling on who it was, when everyone says their mind was blown and what a twist of events, being an author that loves to write big twist in my own works my mind went to only one person and I was right. Though I knew, this was very much a captivating read! I couldn't get enough, I had to know who done it! A few characters had motive to kill Elise, so I just had to know who really did the deed!

This was absolutely brilliant! With the way it was written and the flashbacks being thrown in, I just couldn't get enough! I hurt to put down the book when I had to and when I wasn't reading, my mind was on it! The perfect book to help me get out of my reading slump!

When I saw it at the bookstore I didn't hesitate to buy it! I'm so glad I bought it and now I'm dying to buy Mrs. Haas other book, Dangerous Boys.

Overall this was a fabulous Young Adult Mystery! Like I said, I couldn't get enough and at the end of it I was like "Damn." The story was woven beautifully and once you finish you'll probably be dying to discuss it with someone, because damn that was brilliant haha.