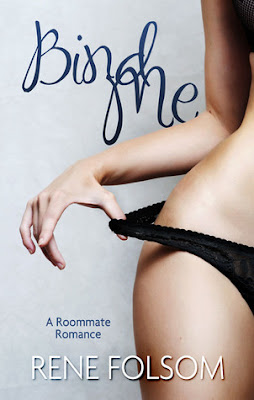 
I enjoyed this hot little quickie but I honestly wouldn't call this a romance. You don't know much about the characters, all you know is that they've been living together for like a month and Lily accidentally saw Chaz worshiping another woman's body and now all she wants to do is get into his pants. That's pretty much it.

But the way it was written, the characters were portraying that it was something more than a one night stand and it just felt weird in certain parts. Like, at the end he's introducing her as "my girl".....ummmmm, nooooo. If we knew them a little bit more then I would totally ship it but all I see is this as a one night stand, nothing else, so that just feel awkward for me. Unless, that's just his dominate side speaking but I doubt it's just that.

Other than that, overall I enjoyed this sexy short! The writing was good, I was drawn into the story quickly, and the details were just the right amount of steamy for me. This short will definitely get you in the mood ;)