Most especially, he was not planning for any treasure to steal him. 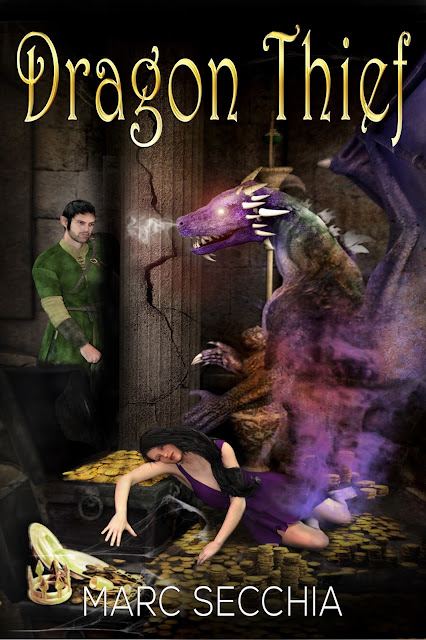 From Marc Secchia, bestselling author of five rip-roaring dragon fantasy adventures, comes a tale of dragons and treasure, and a pilfering rascal who has his eye set on rewriting history – only, the treasure has other ideas. And fate? That will sweep him away to a destiny far more precious than he ever dreamed.

Kal was not a thief. He certainly did not intend to steal any dragon’s treasure.

He was an adventurer. Avid art collector. Incurable wealth adjuster and risk-taker. Kal had legendary expertise in the security arrangements of palaces and noble houses the world over. He hankered for remote, craggy mountaintops and the dragon hoards he might find hidden beneath them. Besides, what harm was there in looking? Dragon gold was so very … shiny.

Most especially, he was not planning for any treasure to steal him.

That was a little awkward, to say the least.