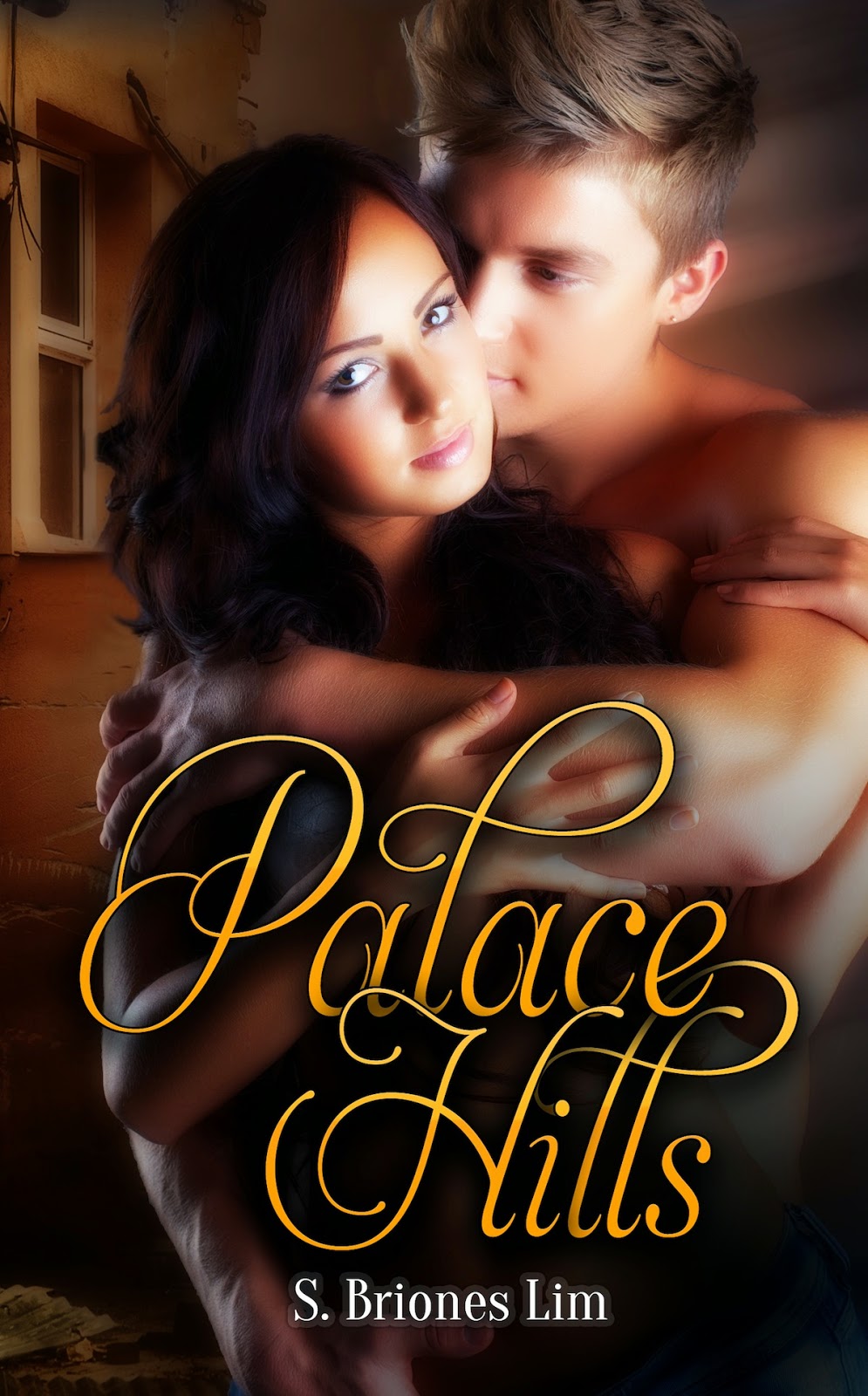 Palace Hills by S. Briones Lim
Publication Date: September 9th 2014
Genre: New Adult Romance
Goodreads
~Summary~
Palace Hills. The very name struck shivers down the spine of the affluent city of Goldendale.
Unfortunately, eighteen-year-old Nina Sharman has no choice but to call the poverty-stricken neighborhood her new home.
Life seems bleak until a chance meeting with Conner Hale changes her mind and captures her heart, leading her to believe that maybe Palace Hills wasn’t so bad after all.
However, one tragic case of mistaken identity changes everything and leads to an event so horrifying that Nina believes she could never recover.
Choosing to leave Conner behind, Nina vows never to return to Palace Hills again.
Five years later, Nina has a new home, a new boyfriend and a new life. Yet, still haunted by the ghosts of her past, Nina finds she must return to Palace Hills to put an end to a nightmare, which has haunted her for years.
Upon her return, one vital slip in judgement threatens to bring the life she had worked so hard to build to come crashing down.
Amazon / BN / Kobo Thanks to her Mom's unwavering devotion to read a bedtime story to her every single night throughout her childhood years, S. BRIONES LIM's love for books began before she could even speak. Author of the Life Force Trilogy, S. Briones Lim's other obsessions include time with family, , sketching, movies and her pug, Tobi. She currently lives on the East Coast with her husband and continues to write everyday.

~Guest Post~
﻿
Back in 2006: 8 Years in the Making Back in 2006 I was a twenty-three year old who had the tendency to daydream. I never thought it was a bad habit. In fact, I often looked forward for the time of day I could sit back and play out stories in my mind. I guess even back then I knew that there was a writer lurking inside of me.

Back in 2006 my muse (who has been known never to shut up) followed me around for weeks. At that time I was obsessed with the urban environment and its awesome culture and wanted to fuse that together with a romantic story. After a brief AHA moment, Palace Hills was born.

Back in 2006 I had a huge crush on Channing Tatum and James Franco (understandably). I often write my stories by imagining each scene played out like a movie and it’s even easier when I have my own cast in mind. It was only fitting to “cast” my two favorite actors as the main characters of the book. Soon Channing and James helped shape my vision of Conner and Finley based on how I thought they would portray the characters. Palace Hills just continued to grow and blossom from that point on.

Back in 2006 I had plotted Palace Hills from beginning to end, but was just too busy as an upcoming young professional to even think of having the time to write it. So, I just let the story fester in the deepest recesses of my mind. Years flew by and I’d often tell my friends about the story. I’d tell them I’d get around to writing it eventually, but again I never did. In 2013 when I finally decided to follow my dream about becoming an author I began to write other stories knowing perfectly well that Palace Hills was screaming for attention – but again, I never got around to writing it.

My best friend asked me what future stories I had in mind. I already had three books out on the market with one more on the way. I was on a creative roll and struggling to figure out which story to write first. I casually mentioned Palace Hills and summarized it for my BFF. Her response?

“WHY HAVEN’T YOU WRITTEN IT YET, WOMAN? The story is perfect! Write it now!”

That was when, after eight years of procrastination, I finally penned Palace Hills. It was a very long journey to get to this point, but I am so proud of the end result. Not only is it one of my favorite stories, it is also the novel that helped me land my publisher, Limitless Publishing. Who would have thought that 8 years later I’d finally see one of my very first stories finally in print?

It’s true; good things really come to those who wait.