Books for Nothing is where I’ll be updating you guys on Kindle reads.
I tons of weekly and sometimes I’m too lazy to let you guys know about the tons of books I get on I am a Book Hoarder, so I decided to create this! That way you guys can enjoy the awesomeness too as who doesn’t love the word free! 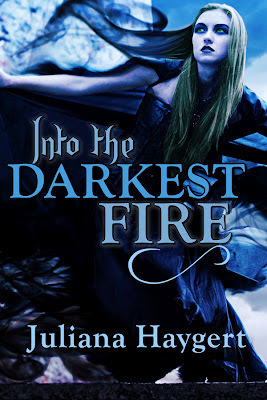 Into the Darkest Fire by Juliana Haygert
Publication Date: September 3rd 2014
Genre: Paranormal
Goodreads
~Summary~
In early 1500s, seventeen year-old Arianna founded the White Sisterhood, a powerful coven for the good witches hiding from the Brotherhood. But the Brotherhood doesn’t want any witches alive, not even good ones. Since she’s the most powerful of all, Arianna is high on their list.
While the witchhunts burn through Europe, Arianna works with a king, helping him to make his kingdom peaceful and strong again. In return, he promised to protect her against the Brotherhood.
Into the Darkest Fire is a short-story about the Arianna’s death.

Being the weakest witch of her generation, nineteen-year-old Hazel is convinced she’s supposed to live a normal, human life—except for the occasional ghost hunting. When Hazel moves to New Orleans, the most powerful witch coven in the world grants her a chance to join them, but only if she passes a dangerous test on Halloween night. Everything is going fine until mysterious Sean steps in Hazel’s way, putting her entire test at risk. 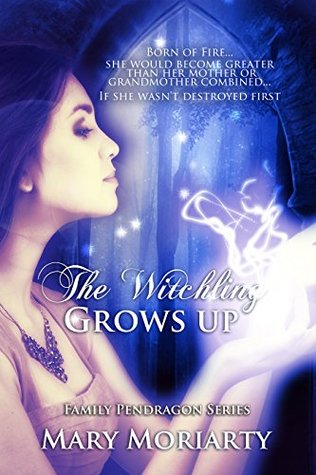 
~Summary~
Dylan Pendragon is not what she appears to be. She looks like a twenty something, hippy, new-age follower… When in fact she is a ninety year old witchling from one of the oldest families connected with witch craft.

She has yet to get any powers so to speak. But she is destined to be the most powerful witch of them all…

And she is a virgin.

Justice is a seven thousand years old Vampire. He is the oldest friend to his former king of their kind, Cormac O’ Heachthanna. There are three things that vampires love. Blood, fighting and sex and not necessarily in that order. Justice lost his wife about six thousand years ago so he has devoted his life to keeping man kind safe… and he has had no sex in that many years.

The Dark One has one thing on his mind. Capture Dylan Pendragon and take what he thinks is his… her virginity and her power which will blossom like a rose once she is taken. He will do anything to get her and that power or die trying.

In the course of one night under a full moon two become connected and set into motion events that can’t be stopped that will ultimately bring victory for some or one and the rest will be cast into a void less underworld.

Can Justice show Dylan he wants to protect her without touching her? Will he listen to his heart where love that has been dormant for so long is waiting to be released.

Will Dylan allow Justice to protect her so she can figure out how to get her powers and be strong enough to fight the Dark One? Or will she fall and be the sacrifice that the Dark One intends her to be.