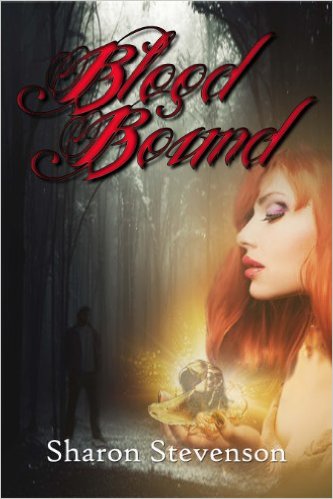 Blood Bound is the bestselling Scottish urban fantasy novel that combines a breakneck plotline with flawed characters and a wicked sense of humour. "It's a read that grips you from the beginning, and keeps you enthralled until the very end." – Ashley, Fae Books

19-year-old twin demon trackers Shaun and Sarah Gallows are used to running into trouble - mostly the kind with fangs - but while Sarah embraces her powers to their fullest extent, trusting her instincts implicitly, Shaun distances himself from his abilities and can do little more than despair at his sister’s reckless nature and idly back her up.

When they come across 17-year-old Melissa Carling, a demon tracker who’s been torturing innocent super-naturals, they know they have to stop her. Sarah is desperate to punish Melissa for what she’s been doing but Shaun’s instant attraction to the girl points to a soul-mate bond stronger than anything he’s ever had to fight before… 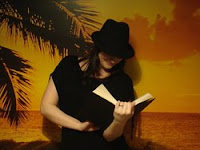 Sharon Stevenson is the twisted mind behind The Gallows Novels and the brand new After Death Series.  If you want to know a bit about her, here it is:  She spends too much time indoors and probably watches too many horror films.  Some of her favourite things are; Alone time, people who know when to shut up, having a drink, eating pizza (usually after having too much drink the night before), reading books, adult swim cartoons, bad horror and sci-fi movies, proper good TV shows like Dexter & The Walking Dead, and last but not least having a laugh with her hilarious other half – this would usually include some of the above.