Books for Nothing (58) Dying for Danish & Murder to Go 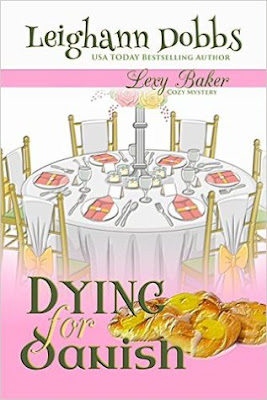 *Note: the first in the series, Killer Cupcakes, is FREE to!

When Lexy Baker lands a high paying catering job that allows her to buy some much needed kitchen equipment, she’s excited that things are going so well … until she stumbles over the body of the bride-to-be.
Suddenly Lexy finds herself in a race against time to find the killer. Aided by four iPad toting amateur detective grandma’s, her best friend and her little dog Sprinkles, Lexy finds the suspect list growing at every turn.
To make matters worse, the investigation is headed up by her hunky neighbor Detective Jack Perillo who she had been hot and heavy with – until he mysteriously stopped calling her several weeks earlier.
Add a handsome, rich bachelor who is also a suspect and seems to have designs on Lexy to the mix, and Lexy soon finds that things are not what they seem.
Will Lexy be able to catch the killer in time, or will she end up Dying for Danish? 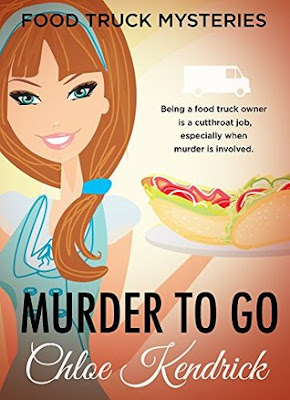 Maeve Kinkaid expects a few speed bumps when she inherits a food truck from her aunt; instead, she gets a detour through some deadly hairpin turns in this fast-paced thriller. Despite the sudden loss of her aunt, Maeve Kinkaid is thrilled when she inherits the popular food truck Dogs on the Roll. She has no idea how cutthroat the food industry can be. She meets a Basque chef whose interest in her is overshadowed by his desire to possess the food truck, which he insists Maeve’s aunt promised to leave to him. And when the owner of a rival food truck is decapitated and served up like a gruesome new dish, Maeve becomes embroiled in a mystery that may cost her the food truck, the chef, and her life.