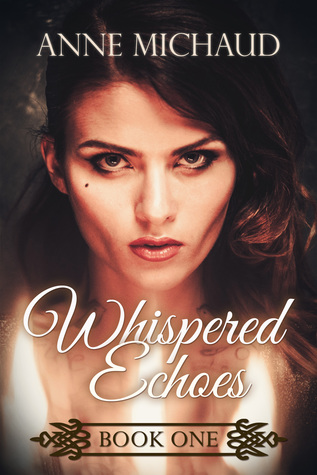 After years of being haunted by her sister's ghost, Alyx must choose between saving her friends or keeping the only family she loves.Alyx lost everything in the fire, her family, her home, her freedom, but she discovered something, too: something lurking in the darkness. To protect her from harm, the ghost of her dead sister haunts the walls of the mental institution holding Alyx captive for the last 9 years. But even she can’t help when patients suddenly act possessed and turn against Alyx, who must find the strength and knowledge to rid them of evil and save their lives. After a narrow escape from the institution, Transcend welcomes Alyx in with opened arms since she’s the daughter of a former star agent; her mother. They hope to teach her ghost seer abilities to help them keep the leaders of the world in check and give her a normal life. With her friends and newly acquired knowledge, Alyx prepares to battle against evil, but when facing her greatest enemy yet, everything she knows might not be enough to save the people she loves. No matter what her choices, the consequences will be paid in blood – maybe her own.

I love how it starts with action and ends with action! It made me interested, pulling me in to figure out what's happening in Alyx's life! I didn't know what I was expecting, honestly I never know when it comes to Anne, but I've come to expect amazing things from her! This was not doubt amazing!

Whispered Echoes was a fun, ghost adventure and I cannot wait to get to the rest of the series! Alyx can see ghost just like her mother and because of this reason, she has lived in a mental hospital for the last nine years. Her whole family died in a freak fire and she was the only one to survive, so her guardian became her uncle and he's a nonbeliever which is how she ended up in the mental hospital. I felt absolutely horrible for her because she isn't crazy, she really can see ghost- but how can you prove it to nonbelievers?

We find out that the last few months at the hospital have turned for the worst ever since a new doctor came to the place. Her friends are changing and she needs to escape before they get to her too. Y'all, her trying to escape was intense! I was sitting on the edge of my seat!

Once she escapes she goes to the one place that's deemed safe or is it really? It's an academy for those who can see the spirits, it's where her mother worked. But y'all, this place seems shady! And I'm not just talking about the way they do things up front, like use ghost to get information on a politician then selling it to their opponent for money. I know they say they're doing good but really, something smells fishy. But Alyx doesn't care, she's only here for one reason, to find a way to expel the ghost that posses her friends.

Along the way she meets amazing friends, I got quite attached which is why I was sitting on the edge of my seat at the end of the book. I need to read the next one soon to make sure everything is okay! Skye is her colorful roommate, she's there by her side and Lucky Lukas, well I wasn't surprised when he showed up after their first encounter haha. Can't wait to see how that all plays out! I think it's adorable how into ghost he is without being able to see them.

Overall Whispered Echoes was an enjoyable read! I could not put it down, except this one time after the shocked twist of turns at the end of ch. 16! Ohmigod, I did not see that coming! I was reading it and I was like, is that person going to do what I think they're going to do? I was literally scooting to the edge of my seat as I was reading it! And then that person did what I thought they were going to do and y'all, I could not process what was happening! My mind was shocked and blown, I could not continue till my brain was able to process what just happened! Here is what my reaction was when I read that twist-

Anne has done it again, that scene gave my goosebumps all along my arms! This story brought chills to my spine and reading at night, y'all I swear I was being watched! haha Cannot wait to get to the sequel!