Wants of an Incubus is FREE on Amazon this weekend!

Hey everyone, I have the pleasure of announcing that Wants of an Incubus is FREE for the weekend! So grab your copies now before it goes back to .99 cents! 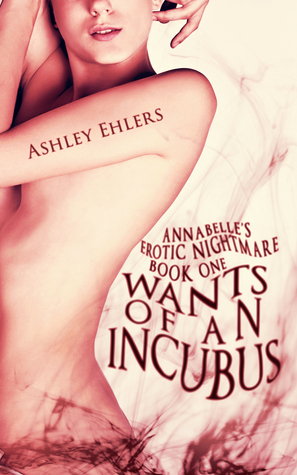 Nineteen year old Annabelle hasn’t seen her boyfriend in months, let alone heard his own voice. One night her emotions take over and she can’t help but think of him. When sleep comes, so does her boyfriend. But it’s only a dream, right?
Deep down, she knows that this one night stand with the love of her life is but a dream. However the next morning she’s in for a shock.
Those nagging feelings she had while with her dream Henry may have been real, telling her that that dream might actually have been a nightmare after all. A nightmare where she may have bonded her soul to a creature that goes bump in the night.
With the help of her mother, who’s a witch by the way and in more ways than one, her talking cat and her unwanted desires towards the nightmare that looks like her Henry, Annabelle will have to defeat the demon that has now crept into her life.
Readers 18+ for sexual Content