Review: The Good Girls (The Perfectionists #2) by Sara Shepard 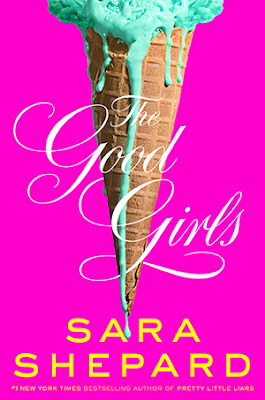 From Sara Shepard, author of the #1 New York Times bestselling Pretty Little Liars series, comes the shocking sequel to The Perfectionists—with an ending you'll have to read to believe!
Mackenzie, Ava, Caitlin, Julie, and Parker have done some not-so-perfect things. Even though they all talked about killing rich bully Nolan Hotchkiss, they didn't actually go through with it. It's just a coincidence that Nolan died in exactly the way they planned . . . right? Except Nolan wasn't the only one they fantasized about killing. When someone else they named dies, the girls wonder if they're being framed. Or are they about to become the killer's next targets?


Honestly I can't stop comparing this series to her Pretty Little Liar series, though that one was more interesting than this one. I don't know if I have much to say about The Good Girls. Most of the time I was picturing these girls in the Pretty Little Liars world, it's not hard when they're all rich (except one, but she makes sure she's the best of the best) or being bored. It felt like nothing was happening and then a body would show up and then nothing would be happening again- except for loads of drama *cue eye rolling*.

I rolled my eyes from the very beginning actually with the prequel, I mean, of course they had other names on that list of people they wished to see dead. How else would there be a sequel if they didn't. The only things that were holding me was my need to find out who done it and the drama of bodies dropping left and right. Other than that, I could really care less about the characters.

Overall, this was meh. I honestly feel like both stories could have been combined and would have been great as one book. There was really no need for two books. And the big twist of who the killer was, if you follow the book closely you can easily see who it is. It wasn't a mind blowing twist, sadly.

Check out my review for the first one, The Perfectionists 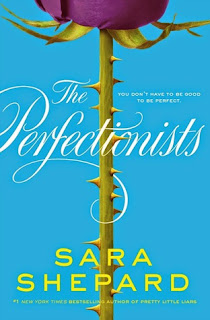